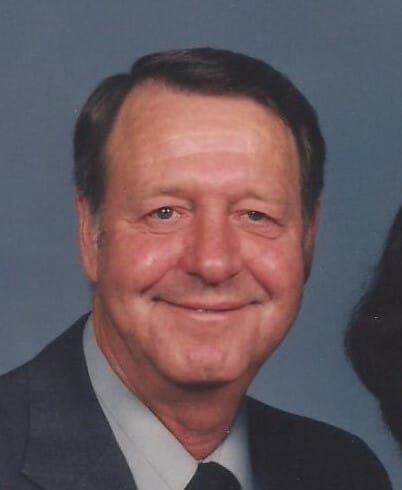 Grover Franklin Miller, 84, passed away Feb. 1 surrounded by his wife and children.  Grover was preceded in death by his parents, Albert and Laura (Buckner) Miller and his 6 older siblings:  Leonard, Sylvia, Betty, Viola, Bonnie, and Herbert.  Grover was a lifelong resident of Kansas City, Kansas, and continued to hang out with ‘buddies’ from his early years throughout his life. He joined the Navy in 1953 at the young age of 16, during the time of the US involvement in the Korean War.  He enjoyed reunions with his fellow shipmates from the USS Mount McKinley over the years.  Following the Navy, Grover returned to KC and married Cherre Hendricks in 1959 (to 1969) and had two daughters.  He worked at Tension Envelope, followed by selling life insurance for a time, then landed a job in the water dept. at the KCK Board of Public Utilities, where he worked for 24 years, retiring in 1996.  Grover continued to work part time for some years after retirement as a driver, delivering auto parts, and then transporting patients to medical visits.

Grover enjoyed water skiing and boating at the Lake of the Ozarks, with his childhood and BPU buddies and their families.  Grover married Rose Marie Campbell in 1972 and they had 2 daughters and a son.  Grover enjoyed time with his family; camping, attending the kids’ Jobs Daughters and Demolay events, and attending church at Bristol Hill United Methodist Church.  Grover loved the dog races and was a major Elvis Presley fan.  He and Rose took many weekend ‘getaway’ trips to Iowa to catch the races, and he would never tire of listening to Elvis tunes.  He even saw him in concert in Las Vegas in the early 70’s!  Grover played many cards games over the years with family and friends.

Grover liked to dance and have fun at a wedding or party, earning him the ‘groovy Grover’ nickname!  He was kind and generous to his friends and family, and would welcome anyone needing support into his home.  He knew the value of work and earning money and taught to instill these values into his children and grandchildren.  He was a man you could count on.  A loyal friend, a loving husband, a father that was always there for his children.  The grandfather (Papa) that loved to giggle and celebrate with his grandchildren!