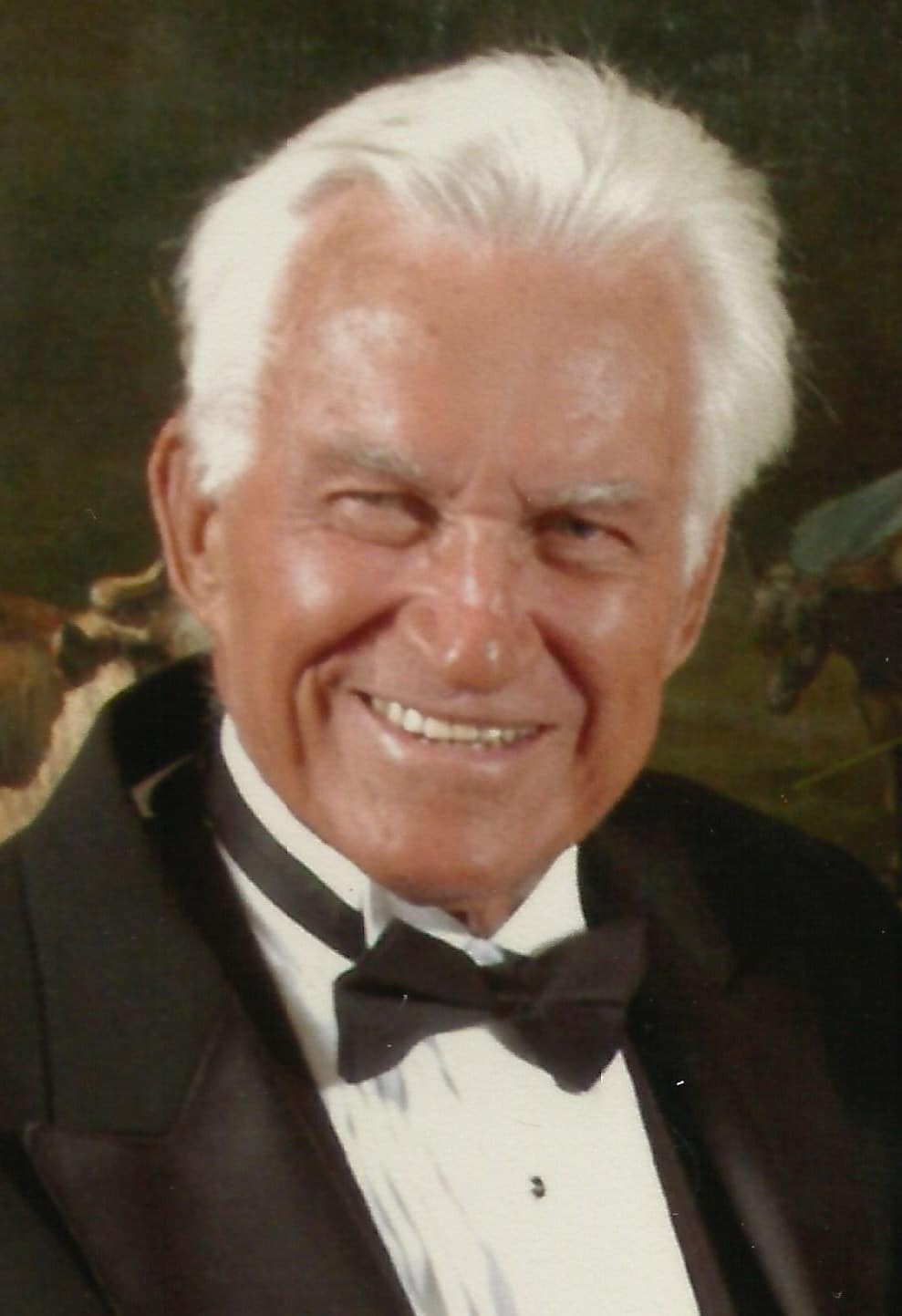 Surrounded by his loving family, Harold passed thru the veil on Monday, December 31, 2012.
Harold was the son of the late Andrew and Susan Mabel  (Mauzey) Herman.  He was a Raytown graduate and served his country in World War II.

Harold enjoyed a diverse career as an active real estate broker for more than 64 years.  He served as Director of Aviation for Kansas City and was a retired deputy sheriff for Jackson County.  He was a part owner of Crackerneck Country Club and U-Smile Motor Inn on 50 Highway in Raytown, Missouri.
Harold was well known for his wonderful sense of humor and was a charter organizer of the “Do Nothing Club”.  He was a member of McDonald Masonic Lodge #324, Ararat Shrine Greeters, Quiet Birdmen, Confederate Air Force, American Legion Tirey Ford Post 21,  and other various civic organizations.

To honor his memory, contributions can be made on his behalf to the Ararat Shrine Hospital, 2100 S. Lindbergh Blvd., St. Louis, Missouri 63131; Raytown Historical Society, 9705 E. 63rd Street, Raytown, Missouri 64133, or a charity of your choice.