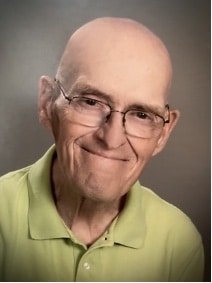 Harry was born and raised in St. Joseph, Missouri.  After graduating from Central High School, Harry went on to receive his Bachelor’s degree in education and history from Northwest Missouri State University, followed by earning his Master’s degree in secondary education administration from the University of Missouri.  Harry started his career teaching in the classroom but soon found his passion for vocational education.

Harry dedicated his career to the development of vocational educational opportunities for students with special education needs and students identified as English as a Second Language Learners.  Due Harry’s programs’ successes and experience, he was invited to review Vocational Grants for the Federal Department of Education in Washington, D.C. on more than one occasion.

Harry’s love of fishing, sports and the Missouri Tigers, has been instilled in his children and grandchildren. Harry held season tickets for Missouri football for over 45 years.  It has been stated that if Harry could wear Missouri Tiger clothing seven days a week he would.

In lieu of flowers, memorial contributions can be made to Salvation Army.