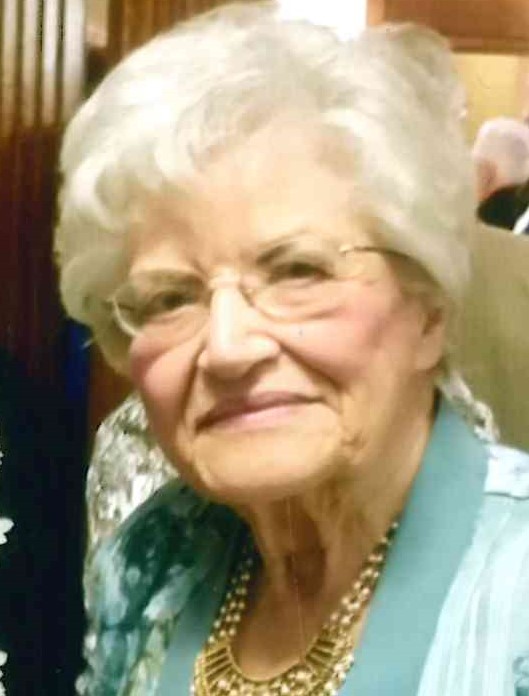 Helen Neree Vaughn was born October 2nd, 1924 to Thomas A. and Mary A. Henkins.  She passed away gently on February 19th, 2019 at the age of 94.  Helen grew up in Cowgill, MO and graduated from New York High School in 1941.  She continued her education at Southwest Baptist College where she met her future husband, Stanton MuRae Vaughn, which she married on April 12th, 1947.  She finished her Bachelor of Science in Education at Central Missouri State College graduating May 24th, 1964.  At age 55 she attended Webster College and received her Master of Arts in Teaching in 1981.  Her love of education, children & people served to further her career as she was one of the first teachers to participate in a team-teaching pilot program instituted at Laurel Hills Elementary.  It was a great success and inspired many new teachers coming into the field to implement more creative ways of reaching all students as they learn in different ways. She was a devoted wife, mother, sister, grandmother and Woman of God.  She is survived by her Sister, Mary Louise Johnson, her Son, Richard S. Vaughn, her 2 Daughters, Cynthia L. Marcum and Diane E. Tobin, and 5 Grandchildren, Glory A. Vaughn-Walker, Nathan R. Marcum, Nicholas A. Marcum, Natalie D. Boyd and C. Taylor Tobin, 7 nieces and nephews.  Helen adored her 10 Great Grandchildren, E.J., Trinity, Briana, Hollis III, Jackson, Haliyah, Vincent, Peyton, Liam and Presley.

Visitation services will be held Saturday, February 23rd, 2019 at 10:00 am, followed by Funeral Services at 11:00 am- 12:00 pm in the Atrium, next to The Rock (café) at Connection Point Church (formerly 1st Baptist Church of Raytown), 10500 East 350 Hwy, Raytown, MO.  Interment following at Hopewell Cemetery, Cowgill, MO. In lieu of flowers, the family requests that donations be made to Raytown Education Foundation.