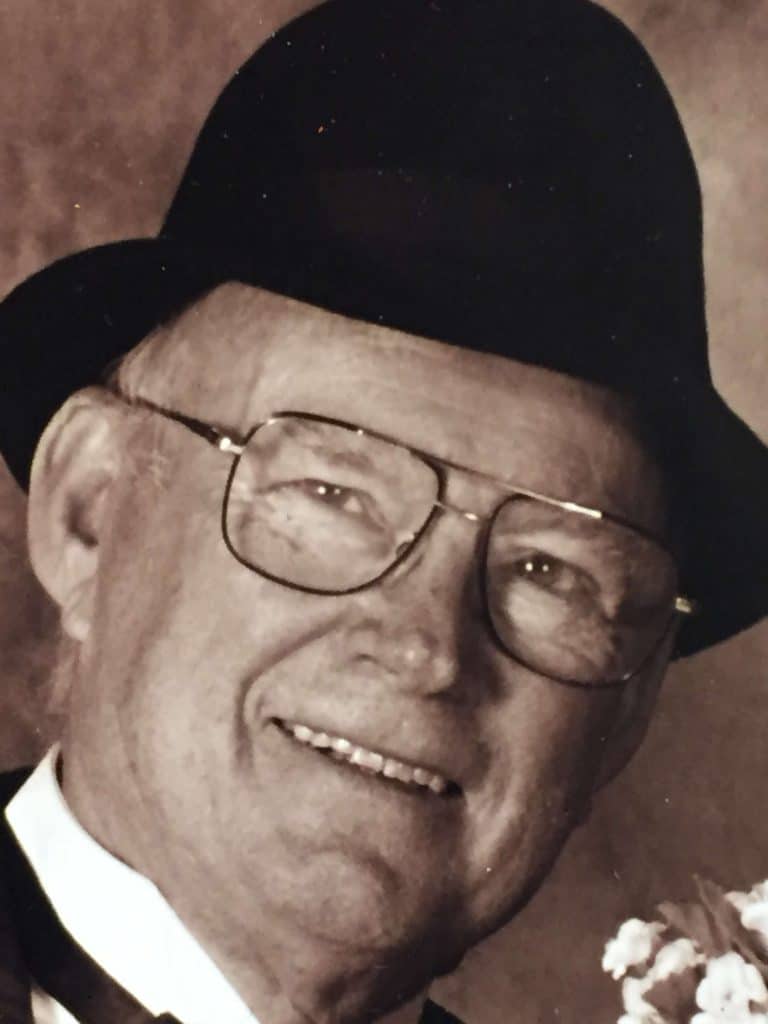 Herbert Walker Lindsey III was born on June 16, 1932 in Marshall, Missouri, and passed into heaven at his Independence home on March 13, 2017 @ 2:00 a.m. He attended William Chrisman High School and married his high school sweetheart, Rita Ann Thurman in 1951. In his younger days, Herb played baseball for 7 years for multiple leagues, including the American Legion and AAA ball clubs. He was known as ‘“the southpaw on the hill;” his record included a no hitter game, and 21 strikeouts in 9 innings. Herb worked in the printing business for 35 years and he was also President of the Kansas City Litho club for four years. After he retired from the printing industry, he went on to join his wife’s business selling Princess House products, where they traveled across the Midwest together and made lifelong friends and cherished memories. Herb followed in his father’s footsteps and began oil painting at age 60. His most beautiful and treasured art included wildlife paintings, and his “Gorillas in the Mist” painting earned a first prize ribbon at an art show. Herb and Rita had four children, and he was a devoted and loving father. Their family continued to grow with grandchildren, 7 great grandchildren and 1 great, great grandchild. In his retirement years, Herb dedicated his life to attending sporting events of all his grandchildren, and being the ‘best grandpa ever’ to the grandchildren he so dearly loved and cherished. He is preceded in death by his parents Herbert Walker Lindsey Jr, and Ruby (Sperry) Lindsey and his four brothers. He is survived by his wife Rita (Thurman) Lindsey, his son David Lindsey, his three daughters and their families: Debbie and Jerry Kraft and their children Amy, Jeremy and Jason Kraft, Patti and Paul Bradley and their children Lindsey Boyle and Austin Bradley, and Susie and Michael Corrigan and their children Jacob, Patrick and Nicole Corrigan. Funeral Mass will be held at Herb and Rita’s home church, St. Mark’s Catholic Church, 3736 South Lee’s Summit Road, Independence, MO, on Wednesday, March 22, at 11:00 a.m.