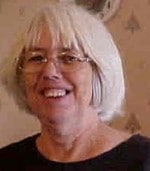 Ida Jane Bennett Kreeger, 78, passed away at her home in Warrensburg, Missouri on December 24th, 2021. Ida was born in Weir, KS to George and Effie (Kinder) Bennett on August 29th, 1943. Ida was the baby of the family, which likely played a part in shaping her sassy and strong-willed personality.

Ida married the only man she ever loved, Jack Kreeger, on February 17th, 1961. They made their home in several places: Harrisonville, MO; Weir, KS; Lee’s Summit, MO; and Warsaw, MO. They built a life full of love, laughter, noise, chaos, and open doors. Jack and Ida had a large family of five children, but also claimed several others as their own. Having a small, crowded house was no barrier to always making room for one more.

Ida was a hard worker. She worked for Western Electric in Lee’s Summit for many years, and then went home to raise kids. After that, she had a second career at a large retail chain until her retirement.

Ida was a practical woman who was raised on a farm. This made her a highly intelligent lady of many talents. She could clean a fish, rebuild a carburetor, grow amazing vegetables, and then go inside and cook some of the best food you ever ate. She taught more than a few kids how to bait a hook and drive a stick shift. Just when she thought the job of working hard and raising kids was done, she started all over with her grandkids.

Family meant everything to Ida. Which is why her heart was shattered when she lost a beloved grandson in a terrible car wreck in 2007 and then her husband in 2008. She was never quite the same after that. She laughed less, griped more, and began to wither in her health. In 2021 she lost another grandchild in a similar wreck. That was all her heart could take. As devastated as we all are to lose her, we are secure in the knowledge that her soul has already found them and that a great reunion is occurring right now.

Because she lived a long and fruitful life, Ida was preceded in death by too many people to name them all. She was particularly impacted by the deaths of her parents; her brother, David Bennett; her sister, Vivian Kidd; her husband, Jack; and her grandchildren, Joseph Kreeger and Shandi Kreeger. But those not mentioned were no less important to her.

Our deepest appreciation is extended to the Warrensburg Senior Center and to Crossroads Hospice for making her last days as comfortable as possible.

A graveside service will be planned for the spring of 2022. Flowers are not needed, but if you feel called to express your sympathy in some way, donations to either of the agencies above would be gratefully welcomed.