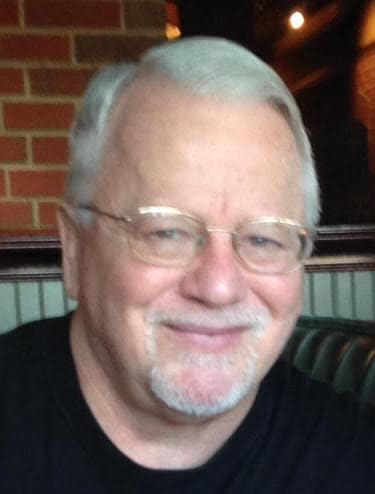 Jack Corn of Columbia, Missouri, died on Friday, November 10 of congestive heart failure. He was 72.

Jack was born in St. Louis but spent most of his school years in Qulin, Missouri, near Poplar Bluff. He later attended the College of the Ozarks at Point Lookout, Missouri, and graduated with a BA degree in English. He then attended graduate school at the University of Arkansas in Fayetteville, graduating with an MA in English. He taught high school for 1 year before joining the Army in 1969. He was sent to stenography school at Fort Benjamin Harrison in Indiana before being dispatched to Riyadh, Saudi Arabia. He was honorably discharged in March 1972. He did work on a Ph.D. in English at the University of Missouri-Columbia but left the program without taking a degree in 1976. After that, he continued to live in Columbia and worked at a variety of jobs, including Columbia Auto Parts (now defunct) and O’Reilly Auto Parts. For most of his life, he considered Columbia his home.

In 1966, he married Janet Sue Bratton of Williamsville, Missouri. They divorced in 1971 .

In 1995, he met Joan Koffler, who became his significant other, and they remained together for the rest of his life. They enjoyed traveling: to India (twice), Nepal, Vietnam, Japan, England, France, Turkey, Greece, Italy, Morocco, Haiti, Panama, Mexico, Maui, Alaska, and the Caribbean. Perhaps, though, their best time was spent in Joan’s backyard, reading aloud the stories of Alice Munro. They also enjoyed watching movies in Joan’s basement–especially movies directed by John Sayles.

Jack enjoyed playing with words, and he and Joan went for several summers to Iowa City so that Jack could attend the Iowa Summer Writing Festival. He liked writing essays best of all.

Jack’s serious interest in the spiritual life began when he entered a program for alcoholism in 1976. His interests included astrology (birth information: January 20, 1945, St. Louis, MO, 12:18 CWT), Jungian psychology, meditation, prayer. He and Joan belonged to the (Buddhist) Show Me Dharma sangha in Columbia for many years. He had an interest in Nondualism for much of his adult life. One of his favorite one-liners was, “Is it solipsistic in here, or is it just me?”

Always interested in time, transcendence, and relative points of view, Jack requested that his obituary include the following joke:

A guy is driving down the road and sees a farmer lifting a pig up under an apple tree. Each time the farmer lifts the pig up, it bites off an apple. The guy in the car stops and asks what’s going on.

The guy in the car says, “If you just shook the tree and let the pig eat the apples off the ground, wouldn’t that save a lot of time?”

After a moment’s reflection, the farmer grinned and said, “What’s…time…to a pig?”