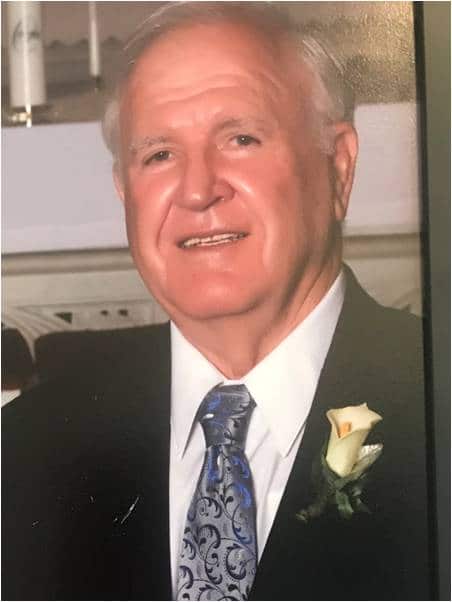 Jack Ressler Ochs, 89, passed away on July 5, 2019 after a long and debilitating battle with Parkinson’s disease. Jack was born on November 7, 1929 to Ralph Ochs and Nellie (Frye) Ochs Davis.  By ten years old, he and his sister, Shirley, were living under the care of his mother with little or no subsistence while experiencing much hardship. At fifteen, he felt the need to help with the family finances which motivated him to quit school and enlist in the United States Coast Guard under the pretense of being of legal age.  When it was discovered a year later that he was too young, the Coast Guard gave him an honorable discharge. That year of service qualified him to receive veteran’s benefits which, unbeknownst at the time, would prove to be a blessing for him in his later years during his convalescence at the Missouri Veterans Home in Warrensburg.

Jack’s lack of education did not hinder him in becoming successful in life.  He was what many called “a self-made man.”  Jack established himself in the carpentry trade and became a well-respected home builder of quality homes and the owner of his own business – Ochs Construction Company. He attributed his success with having associated himself with friends who had introduced him to the Reorganized Church of Jesus Christ of Latter-day Saints.  It was through that association where he met his future wife – Zella Charleen Thompson. Together, they became the parents of three children – Robert, Debbie, and Dana.

Jack was ever-present in the lives of his children as they grew into adulthood. Frequent drives in the country, family picnics, and vacations throughout the United States, especially the west, and Mexico are among the most cherished of family memories. Jack loved adventure and became a private pilot, scuba diver, biker, and avid golfer.  Whether it was dirt biking, driving a golf ball, or short flights to other towns for dinner, all within the family became the beneficiaries of his initiative.

His friends remember him for his quick wit and frequent one-liners that brought about spontaneous laughter. No one will forget his acoustical guitar with the fancy name of Buck Owens written on it and hearing him strum and sing his favorite country music. Jack always was artistic, but it wasn’t until his later years when he became adept as a painter of beautiful landscapes.

In 1972, Jack married Donna (Crab) Smith. Now with an extended family, Jack maintained his penchant for adventure by building a home close to a golf course and buying a large van to randomly camp anywhere as they traveled around the country site-seeing and visiting family and friends. His golfing buddies gracefully aged into becoming his card playing buddies where they formed an exclusive club – the ROF (Retired Old Farts).  He carried that label with pride.

The family would like to extend their love and appreciation to all those at the Missouri Veteran’s Home in Warrensburg for their continuous and attentive care as well as those from Crossroads Hospice who comforted Jack in his last moments.  Memorial services will be held at 11:00am  Friday, August 2, 2019 at South Crysler Restoration Branch, 16101 E Salisbury Rd; Independence, Missouri 64050. Visitation will be held prior to the service at 10:00am. Graveside services will be held at 3:00pm Friday, August 2, 2019 at Missouri Veterans Cemetery, Higginsville, MO. The family asks that any donations or contributions be directed to Crossroads Hospice.