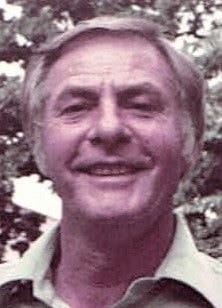 James Charles Sackuvich left this earth, to go to we pray a better place. We have prayed for relief from his Alzheimer’s and a Traumatic Brain injury that had been seriously effecting him since 1963. Four years ago we found out about the old brain damage through an MRI. This traumatic brain injury damage was due to a serious auto accident in 1963. It was located in his frontal lobe which affected his decession making abilities. Than dementia set in and soon progressed on to him being diagnosed with Alzheimer. He had been in a full care facility since December 23rd, 2018 where he continued to decline.

He had decided to make the great gift to lend his body as a teacher for Medical students to become Doctors. We will recieve his ashes and since he had a great love for fishing, we will spread his ashes at Truman Lake.

Family ask in lieu of flowers, please donate to the Alzheimer Association in his name would maybe help in discovering a cure.
https://act.alz.org/site/Donation2?df_id=32112&32112.donation=form1

Family will have a private service. May he rest in peace