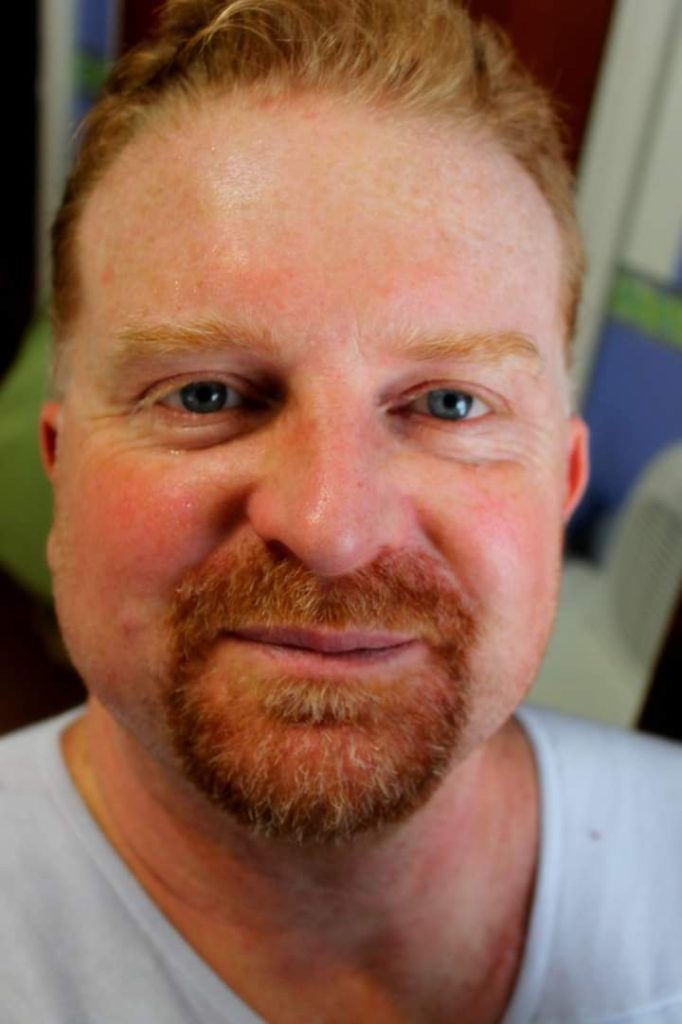 James David Hart, 57, of Olathe, KS went home to be with the Lord on 6/26/2022. A celebration of James’ life will be held at 6:00 pm on Thursday, July 7 at Southpoint Church of Christ, 101 W Red Bridge Road in Kansas City, MO, The family will receive visitors in the downstairs fellowship hall immediately afterwards. Dress will be casual, in honor of James’ casual style.

James was born in Independence, MO, the 4th child of Lee and Margaret Hart. He lived most of his life in the Kansas City area. James attended William Chrisman High School in Independence and then played volleyball for Graceland University for a year. He played on the 1984 Gold-medal winning Junior Olympic Volleyball team. James is a veteran, having served 2 years in the Army. His Army adventures included being a medic, guarding along the Czech border, and being stationed in Germany. James had the honor of being selected to play for the Army Volleyball team, and the further honor of being one of 4 men in the Army to join the All-Service team. After 2 years in the Army, he continued living in Germany, playing for a professional European men’s volleyball team. Upon his return to the U.S. James continued his volleyball career, playing both indoor and beach volleyball, and aspiring to be an Olympic athlete before a knee injury sidelined this goal. He finished a degree in History and Education, and had the innate ability to teach in many situations. He was active in coaching, often on a volunteer basis for youth volleyball clubs and leagues around the metro. James met his wife, Tawnya, in 2008, married the same year, and went on to have 2 children, Scarlet and Steel.

James was most passionate about his family, investing much time in his children’s lives. Most recently he undertook the task of home-schooling them as well as coaching them in their own burgeoning volleyball careers. He was a self-proclaimed “Mama’s Boy” frequently visiting his Mother’s home for a dose of her Southern hospitality and good cookin’. His preferred uniform for life was athletic shorts and no shirt. You could always tell his passions by the shirts he did wear. They proclaimed his love for Jesus, for volleyball, and his country. James was a dog-lover, taking his dogs everywhere and treating them like they were his children. He shared a passion for creativity with his wife. It manifested in him creating enormous Lego creations as a child and elaborate Halloween costumes for his children as an adult. He didn’t know a stranger, showing friendliness to everyone he met, whether passing them on a walk, or encountering them as a greeter at church. James loved hard, played hard, and laughed hard, earning him the nickname, “Mr. Sunshine” on his European volleyball team.

James was preceded in death by his father, Lee Otis Hart.

In lieu of flowers, the family requests that donations be made to help with expenses related to the care of the children. https://gofund.me/27b74bd5