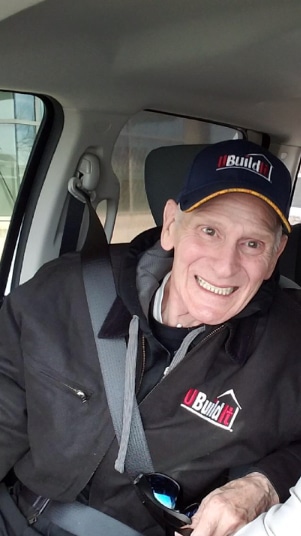 James “Jim” Tierney Costain, 72 of Corneilus, North Carolina and recently with family in Olathe, Kansas passed away at home with his family by his side on October 23rd, 2017  after he lost his battle with cancer. A memorial gathering will be held 10:00 AM – 12:00 PM, Saturday, November 11th, 2017 at Heartland Cremation & Burial Society, 6113 Blue Ridge Blvd, Raytown, Missouri 64133.

Jim attended OSU from 1963-1965. While attending there met Mary “Jeannette” Lieber, married and had two sons together, Patrick and James. Divorced in 1978. He enlisted in the Navy in Sept 1965 – 1971, and earned the National Defense Service Medal. Jim served in Beeville, Texas as a Link Trainer for the F-9 Jet.

After the military he went back to OSU Extension in Oklahoma City, Oklahoma on the GI Bill. He worked there during his school career in the computer science department. Jim also taught night classes at the OSU Extension. He then went onto Oklahoma City University to complete his B.A.. He began a 30 plus year career in the banking Industry, in computer programming and project management, getting his start at Liberty National Bank in Oklahoma City and eventually moved to North Carolina working for First Union, Wachovia and Wells Fargo from which he retired from 2011.

Jim will be remembered for being a guitar player who loved many different genres of music, for his love for his boat and tootling around Lake Norman, family, shopping, watching his favorite soccer team Manchester United play and for anything his grandkids played in. Teammates on his Granddaughter Courtney’s soccer teams all knew him as Papa Costain and loved his cheering for them!!! He will be greatly missed!

Memorial suggestions- live life like he did with a smile everyday and trying his hardest to make it a great day for all those that were around him.