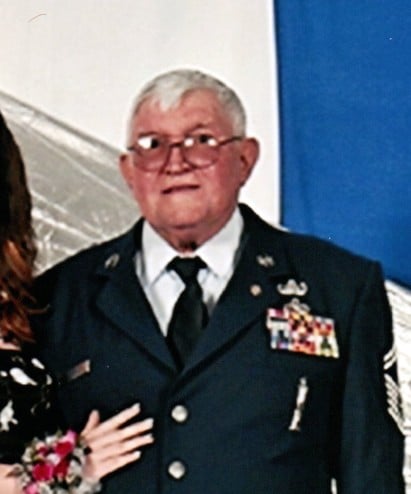 Mr. Sublett was born on July 12, 1947 in Fulton, Missouri to Maudie Pearl Lord Sublett and Roy Wendell Sublett. Jim grew up in the Columbia and Harrisburg, Missouri areas. He graduated from Harrisburg High in 1965. He joined the US Air Force in 1966, where he served twenty two years, retiring in 1998 with the rank of Sr. Master Sergeant. He served in Vietnam, Korea, Thailand, England and Saudi Arabia, along with many bases in the U.S.

Jim married Kathy Foster in the 1960’s and they had two children, Michael and Michelle. The divorced in the 1970’s. He married Judith Pritchard Taylor in the late 1970’s and adopted her children, Laura, Christine and Steven. They divorced in the mid 1980’s.

In 1989, Jim married Elna Stensrud and her four children, Charity, Charlie, Leia and JJ. He adopted the children on November 21, 2018 as adults.

Jim loved spending time with his family and friends. He also enjoyed the outdoors, hunting and fishing.

Jim was a Patriot Guard member, a member of the American Legion and a lifetime member of the VFW. Patriotism and honoring other service members was very important to him.

He was preceded in death by his father, Roy Sublett and his brother Tommy.