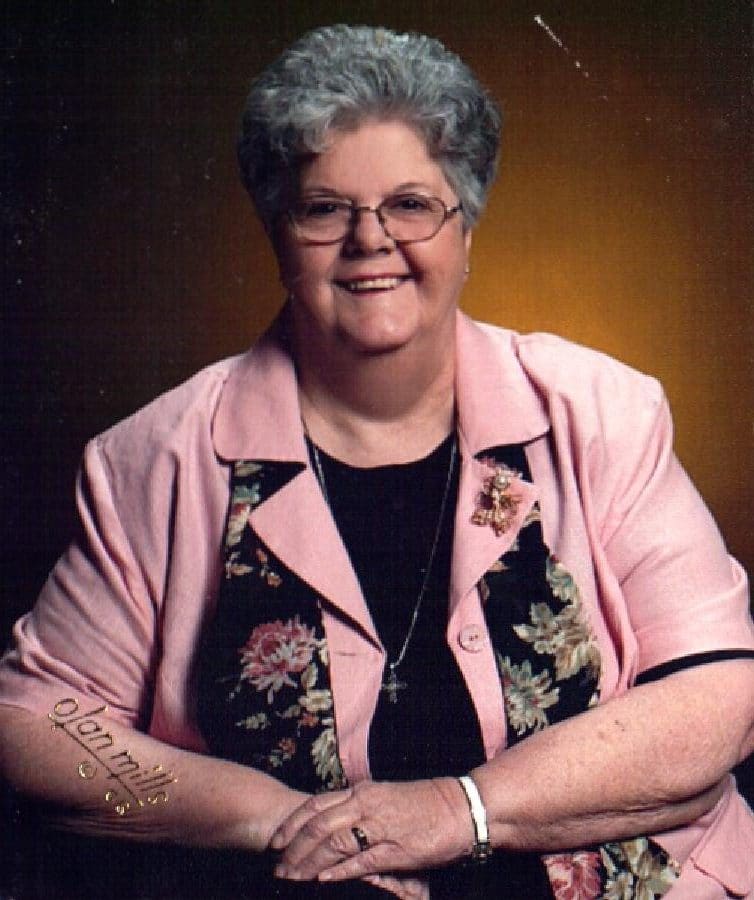 She worked at the Fulton State Hospital for 23 years, retiring in 1997 as the Director of Environmental Services. She also worked temporarily for Mid-MO Mental Health Center in Columbia assisting them in revamping their Environmental Sciences Department. She was a member of Richland Baptist Church where she was very active in the prayer ministry; she was a Sunday school teacher for the Ladies Class for many years, she was also Prayer Coordinator for the Grand Crossing Baptist Association.

She is preceded in death by her husband Edward, her brother Wesley Ridgeway and daughter Peggy Thomas. Memorial services will be held at Richland Baptist Church in Kingdom City on Thursday, May 31 at 6:00pm with Nick Drake officiating. The family will receive friends Thursday at 5:00pm until the service.

In lieu of flowers, the family requests donations to Hospice Compassus of Columbia or Richland Baptist Church.