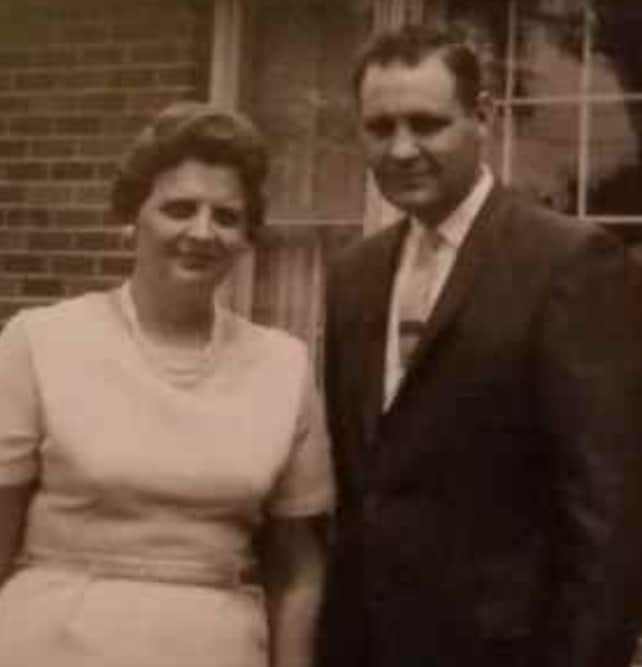 John D. Martin Jr. of Raytown, MO passed away on October 2nd, 2018 in Kansas City, MO from a long illness. Funeral services will be held graveside on October 12, 2018 at 11:00 AM at Floral Hills Cemetery in Raytown, MO.
Mr. Martin was the oldest child of John D. Martin Sr. and Dorothy (Pressley) Martin and was born on June 24th, 1926 in Moko, AR. He joined the Navy and courageously fought for his country in World War II. He was proud of his service and firmly believed in supporting all the veterans that served.
John worked for GM motors for 34 years as a millwright. He was one of the most skilled tradesmen of his time and was a strong and loyal company employee. He enjoyed fishing, traveling with his wife, and spending time with family. He was a devout member of the Blue Ridge Presbyterian Church until his health declined.
John married the love of his life and soul mate Lena Mae Reavis on November 27th, 1947 in Kansas City, MO. They had two children of the marriage, Sharon and Daniel. Lena and John were inseparable and their love was a true inspiration to all who were fortunate enough to be a part of their lives. They remained loving and close for 60 years until Lena’s passing.
John was preceded in death by both his parents, John and Dorothy Martin; brothers Joseph and Robert Martin, sister Dorothy Lancaster; his beloved wife Lena Mae Martin, and daughter Sharon Keith.
John is survived by his brother Lonnie Martin of Harrisonville, MO, sister Mary Ellen (Larry) Swartz; son, Daniel (Shanecia) Martin of Raytown, MO; grandson Ryan (Susie) Martin of Independence, MO; grandson Robert (Melissa) Keith of Charlotte, NC; and great granddaughter Rysie Martin of Independence, MO.
The family requests memorial contributions be made to: National Veterans Foundation/Wounded Warrior Project.