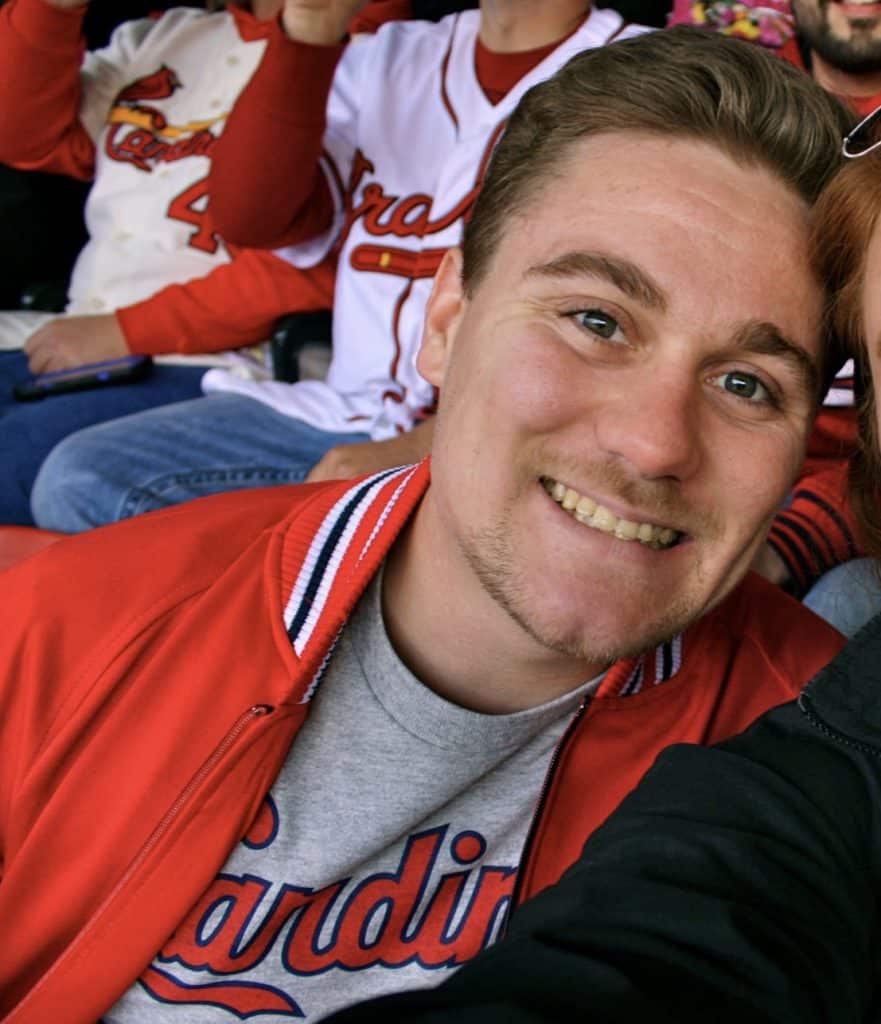 John Francis Rice left this world suddenly on August 15, 2022, at age 32. He will be remembered as a caring son, brother, and friend, and an avid sports fan.

He was born to James and Sandra Rice on January 15, 1990, in St. Louis, Missouri. The Rice family’s adventure to Sunrise Beach, Missouri, in 1995, nurtured John’s love for sports, affection for being on the lake, and knack for building close friendships. John was often on the golf course, holding a fishing pole, or laughing with friends, but he always made time for his family. Friday night was homemade pizza night in the Rice household, it was a staple event, and John would not miss it for the world. He loved shopping for designer clothing and watches, tinkering with old tools, and creating, especially through painting and drawing.

John dearly loved his family, friends, and hobbies, but his passion was his beloved St. Louis sports teams. His love for the St. Louis Cardinals and Rams never wavered, even stretching all the way to Los Angeles when the Rams moved to California in 2016. No one celebrated more than John when the Los Angeles Rams won the Superbowl in February 2021. To add to the excitement of every football season, John and his best buddies had a fierce fantasy football rivalry in which the loser paid the price with funny photo shoots.

After graduating from Camdenton High School in 2008, he attended college at Missouri State University in Springfield, Missouri, graduating with a bachelor’s degree in Insurance/Risk Management. In typical John fashion, he was almost late to his own graduation ceremony.

John served up confidence, personality, and quick wit every summer behind the bar at Captain Ron’s Bar & Grill where he worked for over a decade. After moving to Kansas City, Missouri, John was a project manager at CRDN, a restoration service company.

Anyone who met John immediately experienced his humor, calmness, relaxed attitude, and strong-will. He was a selfless friend to everyone always putting his family and friends first. A bright light dimmed too soon; John will be deeply missed.

John’s spirit is carried on by his loving mother Sandra Rice of St. Peters, Missouri, and his dear sister Anna Rice of Kansas City, Missouri. He is preceded in death by his father James Rice. A celebration of life will be held to honor John at a later date. John was a lover of animals therefore in lieu of flowers, the family asks that all contributions be made to any local animal shelter in John’s name.