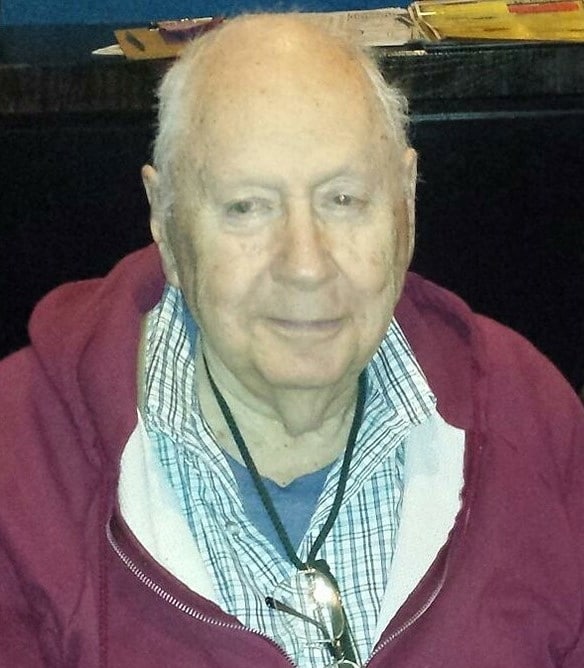 John was born August 7, 1924, in Excelsior Springs, MO to Virgil and Callie Tripses. Although he spent most of his youth in Excelsior Springs, his father’s job as a telegrapher for the Wabash Railroad, resulted in the family moving, several times, around Missouri. The family finally settled in Kansas City. He attended and graduated from Paseo High School in 1941. He attended The University of Kansas City (now UMKC).

He served during WWII in the 15th Air Force, 459th Bomb Group, based in Cerignola, Italy. He was honorably discharged, as a Sergeant, October 9, 1945.

John married Elizabeth Feiring on November 20, 1948 and spent 65 years together before her passing in 2013.

John is preceded in death by his parents, sister, Eleanor Crain, and sons, Dr. David Tripses, Mark Tripses. He is survived by another son, John Tripses of Peoria, Il, and a daughter, Elizabeth Tripses, of the home. John is also survived by seven grandchildren and four great grandchildren.

John touched many lives in a profoundly positive way. Everybody who knew this humble man has profited from his wisdom, kindness, and endurance.