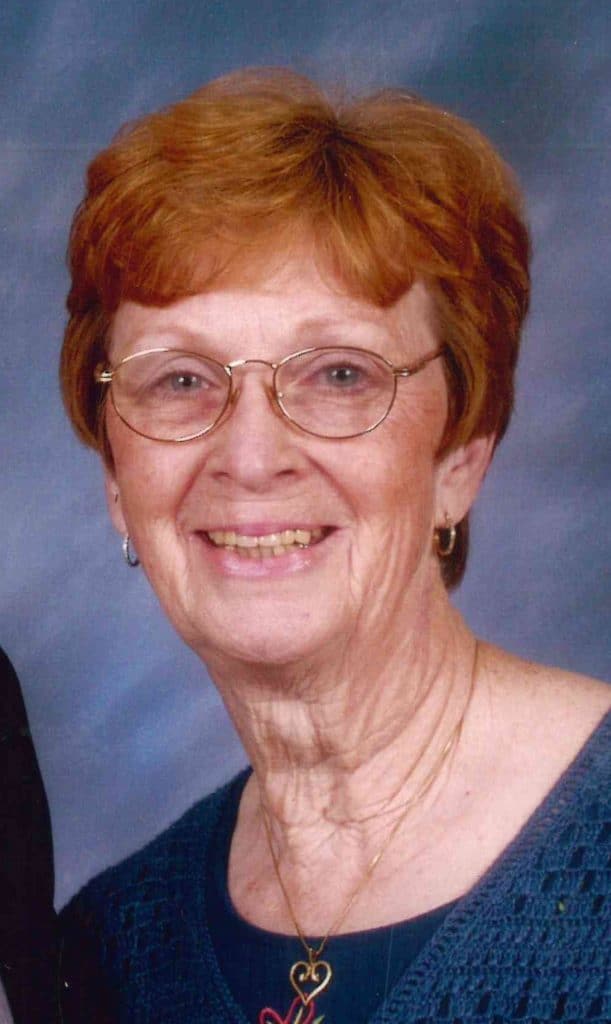 On May 11, 2021, Judith “Judy” Lynn Campbell, 80, Raytown, Missouri, went peacefully to be with her Lord and Savior, surrounded by her children at her home. Funeral services will be held at 11:00 A.M. on Friday, May 14, 2021 at the Red Bridge Baptist Church, 4901 E. Red Bridge Road, Kansas City, Missouri 64137. Visitation will take place before the service at 10:00 A.M. Burial will follow the service at the Edgerton Cemetery in Edgerton, Kansas. Face masks must be worn for funeral services.

Judy was born on October 9, 1940 in Ottawa, Kansas to parents Marion and Inez Fitzgerald. She was to be the eldest daughter of 7 children. Her parents moved to Williamsburg, Kansas where she met and fell in love with a strikingly handsome boy, named Fred Campbell. He would become her soulmate through 47 years of marriage. During the early years of their marriage, they moved several times with Fred’s time in the Navy; Chicago to San Diego, back to Ottawa, Kansas, and then to Kansas City, Missouri to raise their family of 6 children. They ultimately moved to Raytown, Missouri when Fred retired from TWA.

As an adult, Judy found her spiritual home at Victory Baptist Church of Kansas City, Missouri and then Red Bridge Baptist Church of  Kansas City, Missouri. If the church doors were open, Judy was there. Whether there was a service or one of those wonderful Baptist pot luck dinners. She loved taking care of the babies in the nursery, teaching children in the Eager Beavers classes at Victory Baptist, and helping out in Awanas at Red Bridge Baptist. During Victory Baptist Summer church camps, kids would argue over who would get to be in Mom’s cabin.

Judy’s passion was her family and children, all children. Whether they were her own family or “adopted” children of her loving extended families. She truly also had a soft spot for the orphaned children in Haiti. Judy and Fred poured their hearts and souls into the Haiti Home of Hope orphanage, taking several trips to live with and build building to enrich these children spiritual and educational lives.

It is incredibly hard for those of us still here, but we take comfort in the fact that she is rejoicing with the Lord and with Fred and Josh. We can imagine the smiles on their faces. Judy was an amazing mother and such a blessing to her children. There aren’t enough words to describer her, but as one of Judy’s dear friends so eloquently put it, everyone should have a “Judy” in their life. Judy will be dearly missed by all and may her legacy live on in all of us.

She is proceeded in death by her parents; Marion and Inez Fitzgerald; her oldest brother, LeRoy Fitzgerald; her husband, Fred R. Campbell; and youngest son, Joshua Joseph Campbell.

Donations in Judy’s name may be made to Haiti Home of Hope, Inc., a non profit ministry of Red Bridge Baptist Church.