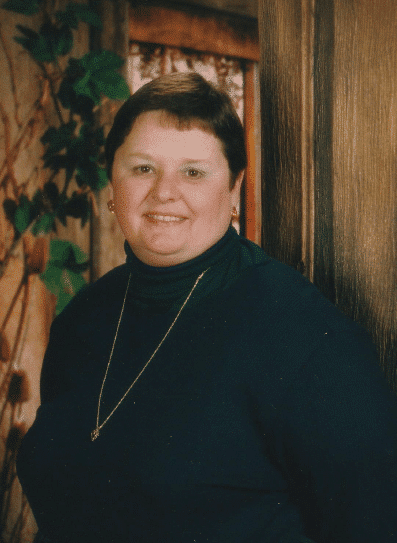 Kathy Sue (Campbell) Godfrey of Independence, Missouri peacefully left this earth and went to be with her heavenly Father on Thursday, July 26th, nine days after her 68th birthday.

Kathy was born in Grayson, Kentucky on July 17, 1950 to Aaron Campbell and Mary Lou Rasa. She and her mother moved to Kansas City in her early years and she lived there throughout her childhood. She was introduced to her future husband, Russell Godfrey, when they wrote to each other during his time in the Navy. They married on January 2, 1972 in Independence, Missouri. They remained lovingly devoted to each other for 46 years.

Kathy graduated from Van Horn High School in 1968 and attended Central Missouri State University (now University of Central Missouri) for her Bachelor’s and Master’s degrees in education. Kathy taught 6th grade at Fire Prairie Middle School in the Fort Osage School District for 25 years, where she received the highest accolades and positively impacted thousands of children’s lives. Kathy was a member of the East Alton Community of Christ Congregation for 34 years. She regularly attended church functions, organized events and assisted with the pastorate. Kathy also volunteered for Camp Moja, a camp for adults with ranging mental and physical abilities.

Kathy enjoyed traveling, gardening, shopping, volunteering, and spending time with friends and family. She played the piano for over 60 years, loved filling the kitchen with snacks for her grandchildren, was exceptional at telling a story and would write thousands of postcards, thank you notes, and get well soon cards annually. Her favorite time of year was Christmas and she prided herself on having several Christmas trees throughout the house. She enjoyed attending the activities of her grandchildren, including sports, dances, school events, and piano and dance recitals.

Kathy’s family was her greatest joy. She was a loving mother to Jim (Holly), Bill, and John; and a much-adored Grammy to Pryor, Will and Maryn. She was met in heaven by her mother Mary Lou and her sister-in-law Ilene Van Meter.

Kathy will be greatly missed by everyone in her family, including her brother-in-law Vic Van Meter of Raytown; cousins Lowell (Kristin) Miller of Grain Valley; Don Miller of Independence; Sandy (John) Roberts of Holden; Becky (Bill Bob) Dyer of Warrensburg; Jackie Hartwell of Harrisonville; Janet (Don) Bruns of Clinton and Verlyn (Floyd) Hursh of Warrensburg.

Surely your goodness and love will follow me all the days of my life, and I will dwell in the house of the Lord forever – Psalm 23:6.

Visitation will be held August 4, 2018 from 2pm – 4pm at Good Shepherd Community Christ Church, 4341 Blue Ridge Blvd, Kansas City, MO 64133. The celebration of life service will begin at the same location at 5pm.