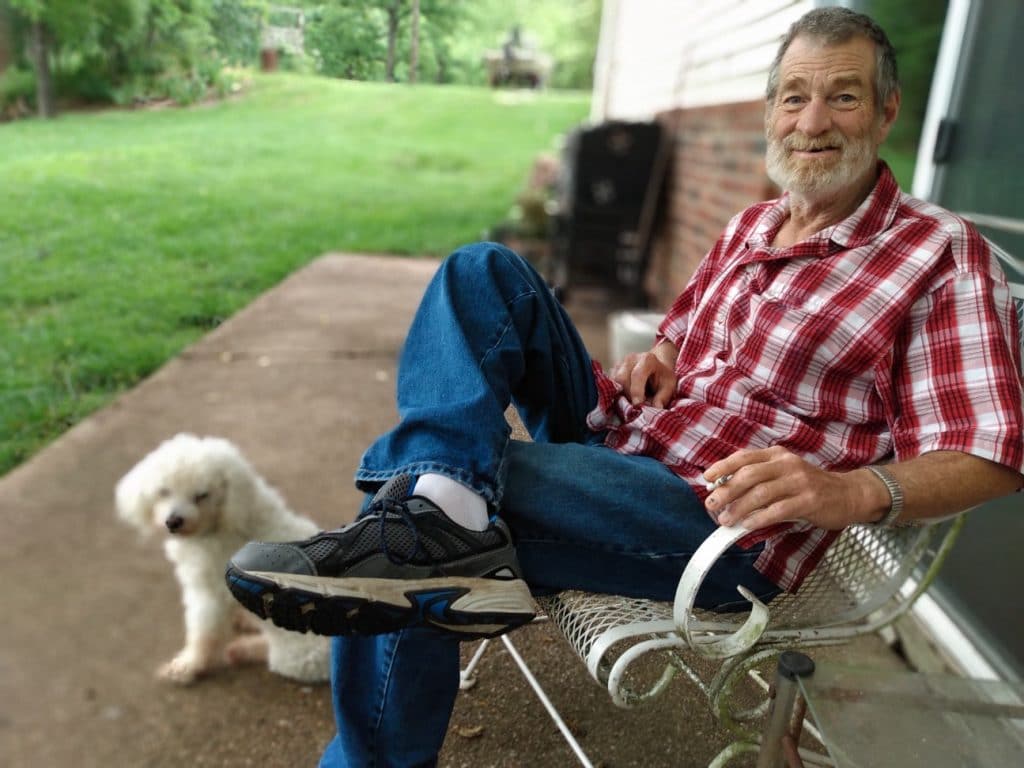 Kenneth Dwaine Robb also known as Kenny or Ken, 70, of Warsaw, Missouri reached his final destination to be with his precious Lord and Savior on January 23rd, 2022. Kenneth was born in Kansas City, Missouri on January 15, 1952 to John and Dorothy (Comstock) Robb. Kenneth was preceded in death by: his parents; brothers, Gary and Jerry Robb, and son Jeremy Sullivan. He is survived by: his wife, Elaine (Tompkins) Robb; along with his kids and their spouses, Steven (Monica) Robb, John (Jamie) Robb, Kristine (Mike) Revert and Jeremy’s wife Ruthie Sullivan. Kenneth had nine grandchildren and seven great-grandchildren. Kenneth is also survived by many cousins, nieces, and nephews.

Kenneth grew up around Swope Park where he made many childhood friends that would last him a lifetime. Kenneth was the youngest of three sons. He loved his parents and grandparents very much. Kenny enjoyed traveling to his parents home at Table Rock lake in Shell Knob, Missouri with his family. While on his visits with his parents he spent time cooking, gardening and canning with his mom. Kenny learned his passion and skill for Hunting and Fishing from his dad. Kenny spent a lot of time with his parents and in this time with them he picked up many admirable traits. Kenny was a loving, kind, and gentle soul. Kenny also enjoyed spending time with his brothers Jerry and Gary fishing and hunting. Kenny began his career in the grocery business after high school. He worked at many stores including Milgrams, Ramey’s and Ball’s food stores.  After leaving Ball’s Food Stores he worked at Kwal Paint. Kenny worked at Kwal Paint until he retired. His coworkers would describe him as patient. Kenny was always friendly and professional with every person he met.

Ken met Elaine at Club 95, where he asked her out. When she declined his offer he asked her if she had any children, she answered that she had a son, Jeremy. Ken asked her if he could take him fishing sometime. Later they ended up dating and then wed , sharing 35 glorious years together. From the day Ken met Jeremy he took him under his wing and treated him like his own child. Ken had three biological children Steve, John and Krissy. Every moment he wasn’t working, he was with his children. Ken took his kids out fishing every night. When Ken would get home from work he would walk in the door and tell his kids “Get your toys, we’re going fishing”. He spent a lot of time teaching his kids how to hunt and fish. Ken accepted every child that came through his door and treated them as his own. He was the perfect teacher Ken was very patient and taught countless children and grandchildren to hunt and fish. Ken’s house was the house to be at. He loved and accepted every person he met. When his kids would bring their friends home he would invite them to dinner and take them fishing.

At the young age of 40 Ken became a proud Grandpa to his first grandson. Ken was so eager to meet his grandson that he was at the hospital when he was born. Over the next few years Ken welcomed 4 more grandsons and 4 granddaughters. Ken enjoyed spending time with his grandchildren. He spent time teaching each one the skills and life lessons he’s learned. Ken loved the weekends when his children and grandchildren would come down to his lake house to visit. He would always plan as many fishing trips as possible during those weekends. Ken enjoyed riding four wheelers, having bonfires, cracking a cold one, and playing a friendly game of poker with his family and friends. As most of us know by now Ken loved fishing and sharing his knowledge of fishing his dream was always to become a pro bass fisherman. While visiting his home at the lake you could often catch him up early in the morning watching fishing shows. To try and achieve his goal Ken attended and participated in many bass fishing tournaments some of those include Fish for Sight, Lions Club, Ruw and B.A.S.S. Ken participated in these tournaments with some of his closest friends and family. He always loved seeing the sunrise and sunset with his line in the water.

Ken also liked to hunt for food. He enjoyed sitting in a tree stand for long hours looking for game to hunt. Ken participated in many hunting seasons some of those include deer, turkey, quail, pheasant, and rabbit. Ken was the kind of guy who never met a stranger. He was always making new friends, many he would even consider family. Ken was a proud family man who loved and cherished his children and bonus children. Watching his children grow into the incredible people they’ve become was one of his greatest gifts. He never missed a chance to brag about them.

Many knew Ken as Papa Ken. He loved his grandchildren dearly and enjoyed watching them grow up. Every friend his grandchildren had he treated them as if they were his grandchildren. He never missed a chance to share his knowledge. Ken was handy, charming, easy going, and a joy to be around. His laugh and smile were contagious. He would give anyone the shirt off his back if they needed it. He was a generous, kind hearted, selfless man who was looked up to by many. His teachings and stories will be told for generations to come. Although his time here on earth has come to an end we all rejoice knowing he’s fishing and hunting in heaven catching big fish and killin big deer. We were truly blessed with the best.