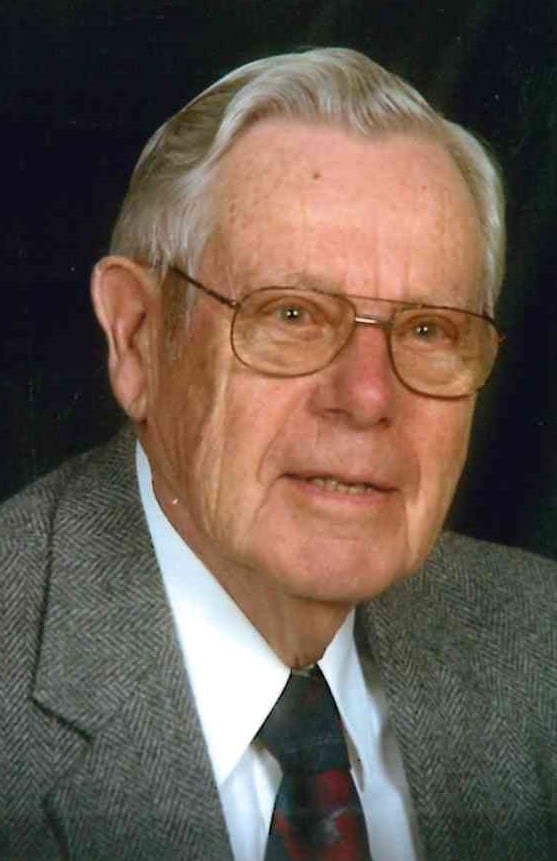 Kenneth Leon Barr 88, formerly of Lee’s Summit, Missouri, died on December 31, 2019 at St. Mary’s Village in Blue Springs, Missouri of complications from a brain injury. His family was by his side. Kenneth was born on March 10, 1931 in Elizabethtown, Indiana. He was the son of Orvie Perry Barr and Nette Mae (Kirts) Barr who preceded him in death.

Kenneth’s family lived on a farm near Newburn, Indiana where he grew up. He graduated from Columbus High School.

He married Thelma A. Leonard on February 8, 1950. They moved to the Kansas City area in 1956. Kenneth, Thelma and their children loved to travel, camp, water and snow ski together. Once the children grew up and they had grandchildren, Kenneth and Thelma started taking their five grandchildren traveling  with them for two weeks each summer to discover America and grow closer to each other as cousins. Kenneth and Thelma traveled to every U.S. state and several European locations. After retirement, they spend their winters on South Padre Island, Texas and summers in Lee’s Summit, Missouri.

Kenneth and Thelma were active in the Lee’s Summit United Methodist Church from 1962 until health issues made it too difficult for them to attend. Kenneth was active in the Lee’s Summit Masonic Lodge where he was a Past Master, Scottish Rite and Ararat Shrine Brotherhoods. Kenneth worked at Bendix/Allied Signal in a variety of positions from 1957 until his retirement in 1985. Kenneth was an avid golfer. After he retired, he golfed 4-5 times a week. He was very proud of his hole-in-one.

A Memorial service for Kenneth will be held on Saturday, February 1, 2020, 11:00am, at the Osage Church of the Brethren, 896 South 80th St., McCune, KS. Celebration of Life on Saturday, January 25, 2020, from 1:00pm-3:00pm at St. Mary’s Village Chapel, 111 Mock Ave., Blue Springs, MO. Cremation handled by Heartland Cremation & Burial Society. Full obituary can be viewed on Heartland website.

The family suggests memorials to the Osage Church of the Brethren, and Crossroads Hospice.