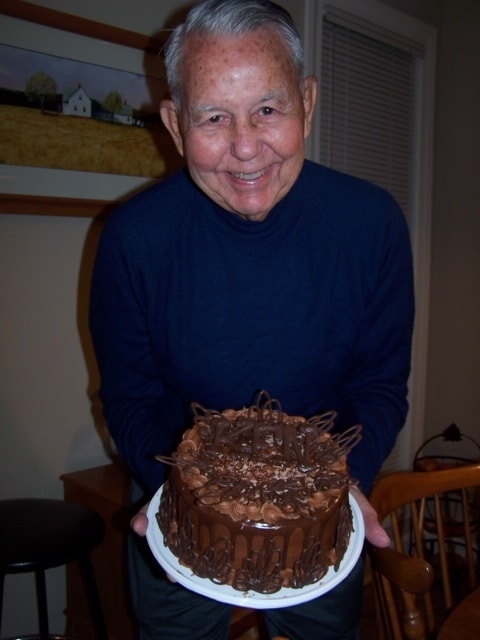 WW2 Veteran Kenneth R. Lewis, 94, died peacefully in his sleep at Cedarhurst of Columbia on November 5, 2019. Ken was born on November 8, 1924 in Kansas City, KS the second son of Harvey Lewis and Salina Abigail Johnson. His parents and brother Marvin proceeded him in death.

Following discharge from the US Navy on his 21st birthday, Ken attended Kansas University and graduated with a degree in Engineering. He married his college sweetheart Helen E. Todd, “Toddy”, on June 1, 1948. He had a fascinating career as a consulting engineer and together they traveled the world until her death.

When asked what significant memories shaped his life, Ken referred to serving on a Navy ship during the war and living in different states from coast to coast as a result of his work. He also mentioned foreign travel and his passion for deep sea fishing.

Fortunately, Ken found love again and married Patricia (Matthews) Hoblick on May 30, 1998. Through marriage, Ken gained an instant family and her four daughters remained in his life following her death on April 23, 2018.