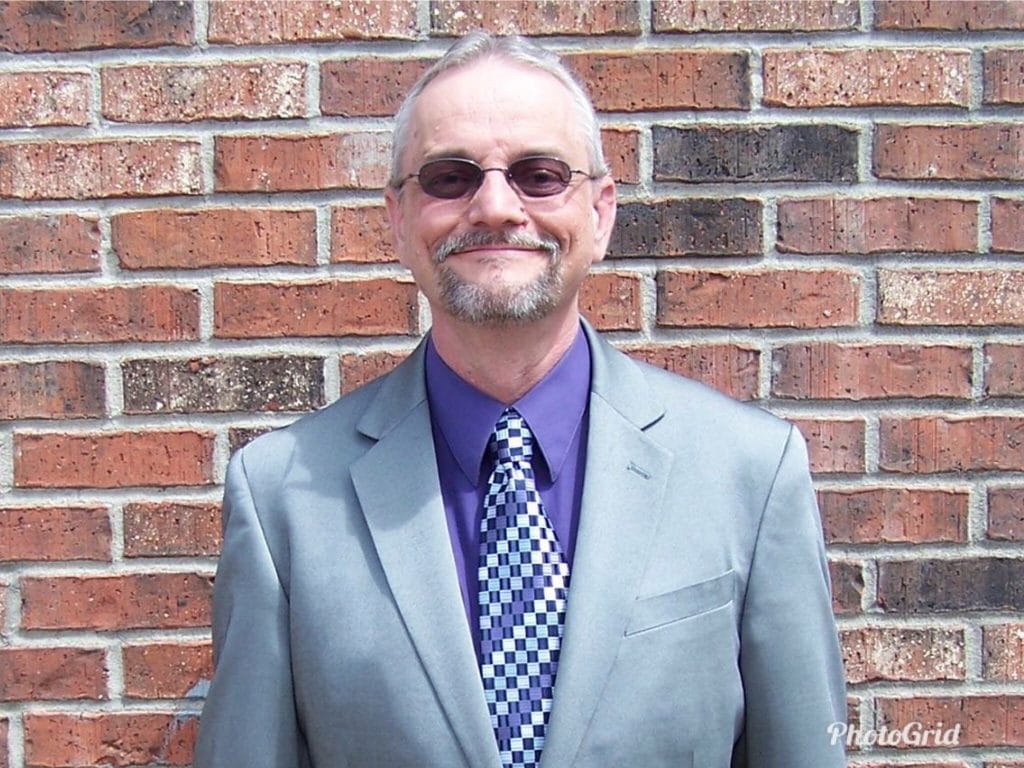 Born May 2, 1960 in Neosho, MO to Billy and Lillie Laughlin, Kevin grew up in Kansas City, MO, and graduated from Raytown High School in 1978. In 1981, he received an electrical engineering degree from DeVry University.

In 1980, Kevin met the love of his life, JoAnn, while working at her uncle’s grocery store. The pair were married November 28, 1981 and moved to Lubbock, TX where Kevin worked at Texas Instruments. In 1985 they welcomed a daughter, Heather, followed by a son, Shawn in 1988. In 1995, the family moved back to Kansas City and Kevin started a mobile solvent recycling company, Midwest Solvent Recycling. Later in his life, he served in supervisory/managerial roles in warehouse manufacturing. At the time of his death, he was happily employed by Pizza Blends in Kansas City.

Kevin was a very outgoing, friendly, caring and loving man. He loved hanging out with his grandchildren, riding his Honda motorcycle with the Christian Motorcycle Association, watching NFL games while eating Buffalo Wild Wings with his family, and most of all he loved serving the Lord. He was a daily inspiration to many, a role model, and a beacon of faith. Through his actions and testimony, Kevin touched the lives and hearts of many. Described as generous, Kevin would do anything for anyone, even if he was in need. He was also a man of humor, jokes and laughter. (Dad jokes for days)

He was preceded in death by his father Billy Laughlin, and his mother Lillie Laughlin. He is survived by his wife of 37 years, JoAnn; son, Shawn and daughter-in-law JJ; daughter, Heather and her fiancé Jordan; his sister Sherri and brother-in-law Kevin; his brother, Dennis and sister-in-law Kay; his two grandsons, Braxton (4) and Brayley (1); as well as several nieces, nephews and friends.

A Celebration of Life service will be held September 8, 2018 at Country Meadows Baptist Church, 4901 Lee’s Summit Road, Kansas City, MO. Visitation will be at 1 PM followed by a memorial service at 2 PM.

In lieu of flowers, the family recommends donations to the Christian Motorcycle Association in his name.