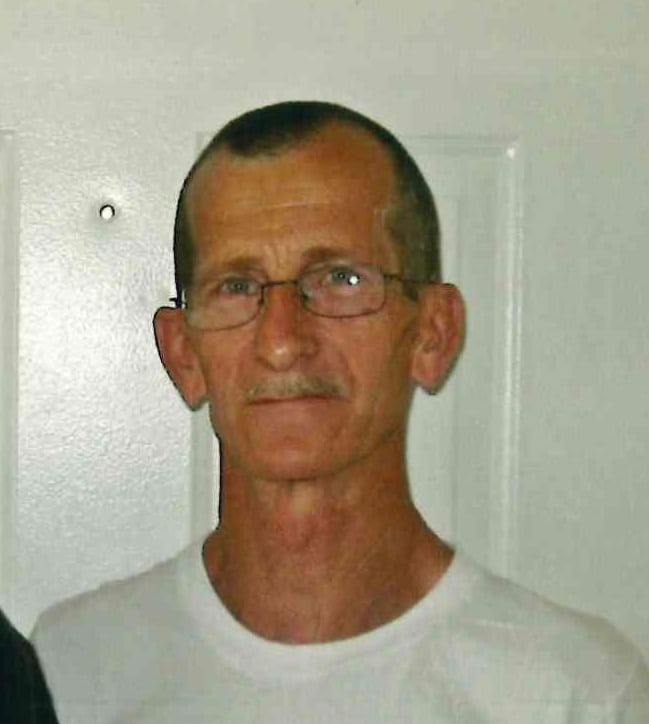 Larry Ray Penny, son of the late Joseph Earl and Glady s Geraldine (Stith) Penn, he departed this life on June 23, 2019 at his home in Independence, Missouri at the age of 68. He was born November 18, 1950 in Saline County, Missouri.
Larry attended high school in Marshall, Missouri, where he lettered in wrestling. He graduated from Marshall high school in 1970. Larry’s passion was playing guitar and camping. After high school, Larry was drafted into the army where he served in Panama. On January 26, 1973 he was united in marriage to Wanda Fay Roberts. This union was blessed with two children, Troy Penny of Bates City, Missouri and Leslie Penny of Independence, Missouri, five grandchildren Austin, Melina, Zoe, Sophia,  and Bonnie Penny.
He was preceded in death by his father, mother, and two brothers. He is survived by his wife, children, grandchildren, nieces, nephews, brother-in-laws, sister-in-laws, plus a host of other relatives and friends.
Larry was saved in his son’s bedroom when he was forty years old. He is a member of Jericho Missionary Baptist Church in Independence, Missouri. He enjoyed studying the bible and loved the Lord. He loved and cherished his time with his family and enjoyed playing with his grandchildren.
Visitation will be held from 6:00-8:00PM on Wednesday, June 26, 2019 at Heartland Cremation & Burial Society, Raytown, MO. Funeral Services will be held at 11:00am on Thursday, June 27, 2019 at Heartland Cremation & Burial Society, Raytown, Missouri. Burial will follow the service at Missouri Veteran’s Cemetery, Higginsville, Missouri.