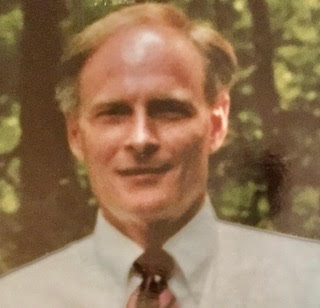 Lawrence (Larry) William West, age 78, of Columbia, Missouri, died on March 30, 2022, at
home with his wife, daughter, and dog by his side, after a short and valiant battle with acute myeloid
leukemia.
Larry was born on August 14, 1943, to William West and Evelyn West in Lebanon, Missouri.
He and his wife, Janie, who met in high school, wed in1964 and have one daughter, Julie.
After graduating with honors from Lebanon High School in 1961, he attended Missouri
School of Mines before receiving a degree in mathematics from Southwest Missouri State, and a
Ph.D. in Computer Science from the University of Kansas.
In 1967 Larry taught himself to program when computers were in their infancy after
beginning to work in the computer center at Southwest Missouri State. Having found a vocation he
loved that utilized his innate mathematical and problem solving abilities, he worked at SMS full time
while he completed his degree. Simultaneously, he encouraged and supported his wife when she
earned her degree, while also being an attentive father to his daughter.
Larry went to graduate school at the University of Kansas where he was a graduate assistant
and worked for a time in administrative computing. He then taught at School of the Ozarks in
Branson, Missouri, and Virginia Commonwealth University in Richmond, Virginia, before being
hired by Columbia College in 1996. During his tenure there, he served as Chair of the Computer and
Mathematical Sciences Department and became the first Columbia College professor to receive a
Governor’s Award for Teaching Excellence. When he retired in 2010, he was bestowed the honor of
Professor Emeritus. He was an excellent teacher who loved every minute he spent in the classroom
and was thrilled to learn of the successes of former students.
An inherently modest man, Larry would be humbled by comments from various students and
colleagues who admired his teaching talents, wonderful sense of humor, leadership abilities, honesty,
generosity, and consummate professionalism. One student said that Dr. West had the ability to make
people want to learn, and a former colleague identified him as one of the finest men he had ever
known, brilliant, and one of a kind.
Larry had many interests over the years and was a life-long learner. In addition to earning his
private pilot’s license and taking piano lessons as an adult, he enjoyed fishing, stamp collecting,
sailing, photography, biking, jogging, gaming, and was an excellent cook. He was a talented
woodworker and an avid fan of the KC Chiefs and Kansas Jayhawks He loved all animals and
helped charities that supported their needs.
He was predeceased by his mother and father as well as a close friend, Tom. He is survived
by Janie, his wife of almost 58 years; his daughter, Julie Edwards(Rob); his grandson, Jack, who was
one of his greatest pleasures in life; and his loyal dog, Hubble. Other survivors include his wife’s
sister, Faye; other relatives by marriage; and special friends, Dan, Mike, David, and Paul, who were
more like brothers to him.
In lieu of memorial contributions, Larry, who felt he lived a wonderful life, would want to be
remembered joyfully.
A celebration of life is pending.