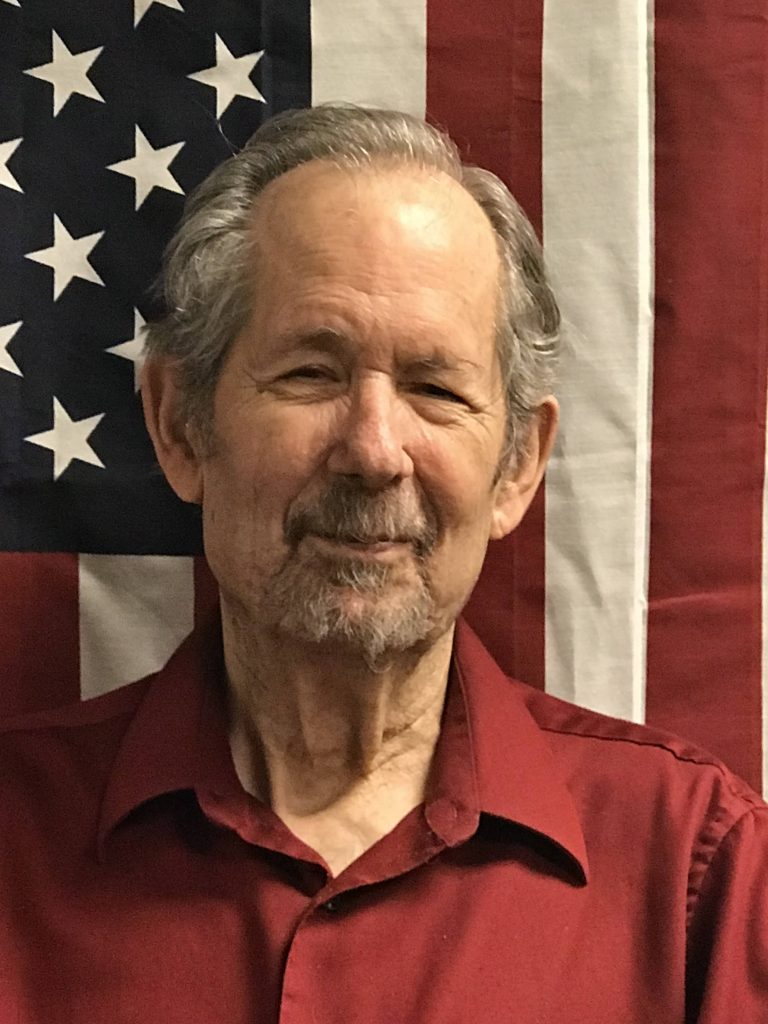 Lawrence Vincent Gibbons, 92, a lifelong resident of Wichita, Kansas; recently residing in Olathe, Kansas, passed away peacefully in his sleep June 3, 2020. A private family gathering was held June 7 in Olathe, KS at 1:00 pm. Since his wife, Lou, passed away only a few weeks prior to Larry, a Memorial Service will be held in honor of both Larry and Lou in Wichita, Kansas at Central Community Church Friday (6100 W Maple St), July 31st at 11:00 am. A reception will follow. A graveside burial at Leavenworth National Cemetery will take place Monday, Aug. 3 at 12:30 pm.

Larry was a friend to all. He liked to help those who were down on their luck as was evidenced by the times he would spontaneously bring home someone in need. This character trait was likely rooted in the period in which he was born: March 30, 1928, right before the great depression of 1929. Poverty was a way of life and took many forms: a flu epidemic nearly taking his life as an infant, lots of moves with no special place to call home, no bedroom of his own, a wide variety of jobs as a kid including working at a gas station, delivering milk before school, working for the local express company, the sugar factory or the creamery. In later years Larry was thankful for the lessons he learned during these hard times. He learned to work hard, appreciate what he had, and not take things for granted.

Though born in Scottsbluff, NE his family moved to Greeley, CO at age six where he attended grade school then to Belle Fourche, SD in 1940 finishing his highschool years. In highschool he was seen as personable and one who enjoyed a good prank … much like his father. His favorite subject was art and his ambition was to be an artist or cartoonist. He put his artistic skills to use as he illustrated the annual for his graduating class of 1946. Upon graduating highschool he moved to Denver to live with his brother. He spent weekdays working at a creamery and weekends dancing with his sister in Longmont.

In July of 1946 Larry enlisted in the army for a two-year term, serving with the First Cavalry Division ending up in Japan under General Douglas McArthur. Larry, unhappy with his assigned post, requested a transfer. He gladly accepted the position in journalism to join a fellow soldier, Bob Green, to get the news out to the troops. Discharged in 1948, Larry returned to Longmont, CO to live with his sister until he began his studies at the University of Colorado where he earned a BA in journalism in 1952.

LOVE OF CAREER– Larry’s service and college education gave him assurance of a better future. His career took many varied turns beginning with his first job at the North Platte Newspaper writing feature articles. Next he did some advertising with his brother in Texas. In 1953, he began building roots in his beloved hometown of Wichita when he joined the Coleman Company as Assistant Director of the employee publication. A company-wide layoff in 1954 led Larry to work for the Wichita Association of Home Builders publishing an architectural plan for Wichita’s first Parade of Homes. After this successful venture, Larry joined the executive director of the Association, Bob Lagenwalter to form a promotional agency. Managing and executing the plans to stage Wichita’s first Sports, Boat & Travel Show proved to be his most challenging job. In 1958 the developer of Belle Aire offered Larry a sales manager position, but high interest rates cut the job short. By now Larry was doing some soul-searching. After much prayer, he accepted a job as printing salesman for the Wichita Eagle Press. Larry considered this his best career decision because of the typographical skills gained which he used at Rand Publishing after the Eagle Press was sold. In 1970, his family moved into a house he designed that would be called home for the next 50 years. Larry’s most God-inspired career decision was when he approached the owner of Rand to act as his own agent. In 1972 Gibbons Graphics was formed. Lou’s support was essential in order to excel and become competitive in the publication field.

LOVE OF FAMILY– Larry and Lou met on a blind date with each of their best friends, Bob and Rita, at Lou’s house on Oliver. Larry was attracted to Lou’s beauty and her smile. On Friday, May 13th, they got married and celebrated EVERY Friday the 13th with a date. To keep their marriage young, Larry and Lou would dance late at night after the kids were in bed. Together, Larry and Lou raised four successful children: Steve, PhD in Physics, Terri, renowned artist; Vincent, educator; and Jan, also an educator. His love of wife and family added meaning to his life, especially as he grew older when he saw the love of his children demonstrated in ways he had never fathomed.

LOVE OF TENNIS– At age 6, his love for tennis emerged when Larry discovered dirt courts with chalk boundaries the summer he stayed with his Aunt Edith in Shelbina, MO. As life’s demands exacted worry and concern, tennis was a way to get away from it all and just have fun. What’s more, tennis taught many lessons of life: how to focus and anticipate, the need to think positively, to overcome mistakes and losses, and to persevere. Perhaps best of all was the opportunity to make lifelong friends. Teaching Steve, Vince and Jan to play tennis and seeing them improve were moments he cherished. A highlight was going to the 2003 US Open with his daughter for his 75th birthday. He played tennis to the age of 83.

LOVE OF GOD– Impacting all the other loves in Larry’s life was Larry’s personal relationship with Jesus Christ. In his mid 30’s Larry came to know his desperate need for God. Slowly but surely, he realized that Christ would save anyone who confessed his sin and trusted Jesus. Knowing he qualified, he simply gave thanks and rested in what was promised. Larry was often found on the back porch with an open bible or in his office writing both prose and poetry in answer to life’s questions. Writing gave him a way to wrestle with and study the bible to resolve assumptions of traditions. Larry’s final piece of writing was a poem arranged to music expressing his love for Jesus entitled, “My Love Song”.