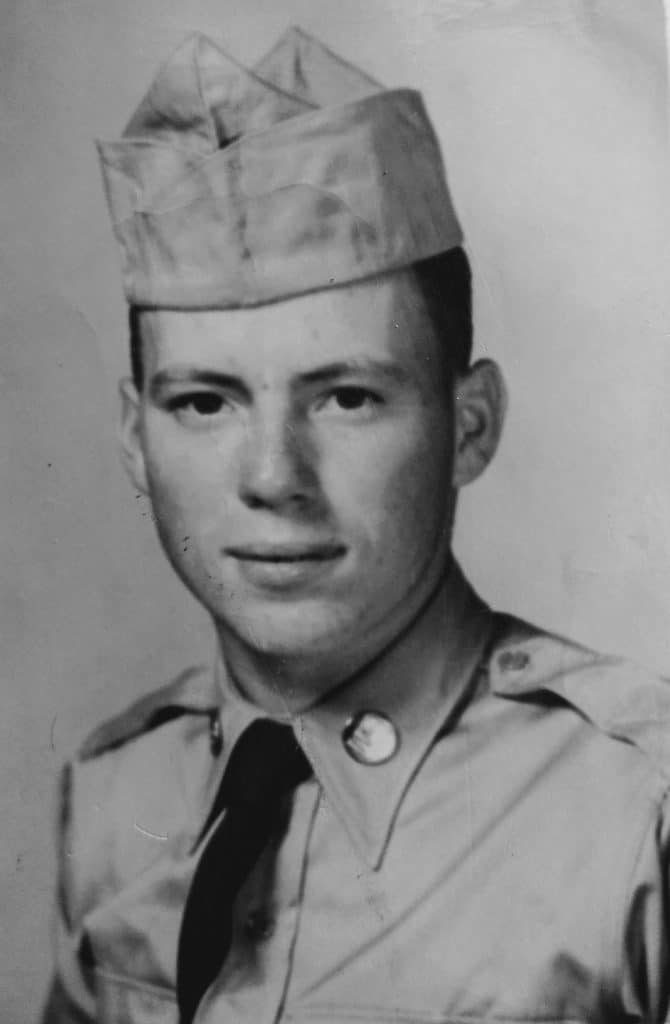 Our Father, Lester B Sanders, 87, passed from this life into eternal glory on August 13, 2020 in Overland Park KS.

Dad was born March 20, 1933 in Whitewater, KS the seventh of nine children born to Fred and Katherine Sanders. He graduated from Pattonsburg High School in Pattonsburg, MO in 1951.

Dad came to know Jesus as his Savior at the Santa Rosa Baptist Church and was baptised in the Grindstone River where he spent many hours hunting along the river and running trap lines. He even fell through the frozen ice once while trapping, fortunately it was a shallow location, much to the relief of his mother.

Shortly after his high school graduation dad served in the US Army during the Korean Conflict and was stationed at Fort Richardson in Anchorage, Alaska.

After his stint in the Army he and his brother Ervin worked as custom cutters in the Wheat Harvest. While on winter break visiting a church, he met the love of his life singing in the choir. Dad married Rose Buxton in November of 1958.To this union two daughters and three sons were born: Leslie, Karen, Michael, Larry and David.

Dad went to work for Hallmark Cards as temporary help and ended up staying for 30 years, retiring in 1988. My father was truly a “Jack of all Trades” fixing and repairing anything and everything from cars to houses, welding, plumbing, and electrical. You name it, Dad could do it.

Many memories were made when Dad took us camping and to our grandparents farm. He made sure we all knew how to drive a stick shift and a tractor, shoot a gun and bait a hook, but the most important thing he made sure we knew was that we were loved by God. He and mom made sure we were in church every Sunday so that we could hear the gospel of Jesus Christ.

Dad was a hard worker and that was learned from growing up on a farm where farming was in his blood his entire life. He farmed not only at his parents and at his brothers farms, but on small plots here in the city. He even went to Colorado every summer to help with wheat harvest. He was never a rich man in money, but had a world of wealth in family and friends.

Those left to rejoice in his homegoing include his five children: Leslie and Mike Chirveno, Karen and Tom Hendrich, Michael and Rita Sanders, Larry and Kristie Sanders and David and Tracy Sanders. His sister Eurma Sperry, 14 grandchildren, 26 great grandchildren, four sisters in law and one brother in law.