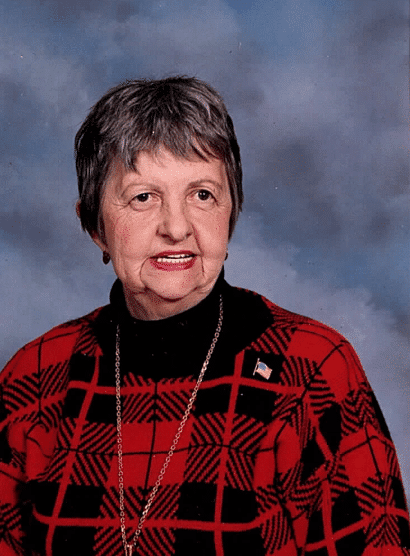 Leta Hake, 85, of Raytown, Missouri; was born February 15,1935, in Higginsville, Missouri; the daughter of Marvin and Dorothy (Stapleton) Luetjen. She departed this life, Saturday, April 25, 2020 at St Joseph Hospital of Kansas City, Missouri.

Leta was a 1952 graduate of Higginsville High School. On February 20,1954; she was united in marriage to Otis Lee Hake in North Kansas City, Missouri. Leta received her Associate’s degree in Nursing from Research School of Nursing and became a licensed Registered Nurse in 1956. She practiced nursing at Research Hospital and Lakeside Hospital in Kansas City, Missouri specializing in the birthing wards. Her greatest joy as a nurse was caring for newborns.

As Leta’s family grew, she left nursing to raise her three boys. She was a member of One Spirit United Methodist Church of Raytown-Kansas City, Missouri where she and her husband served as scout leaders for Cub Pack 341 and Scout Troop 341, where her sons all earned the rank of Eagle Scout. Leta became the first woman to earn The Silver Beaver award for scout leaders in Tonka District; Kansas City, Missouri Area Council. In addition, she was an avid flower gardener and took great pride of her “Green Thumb”.