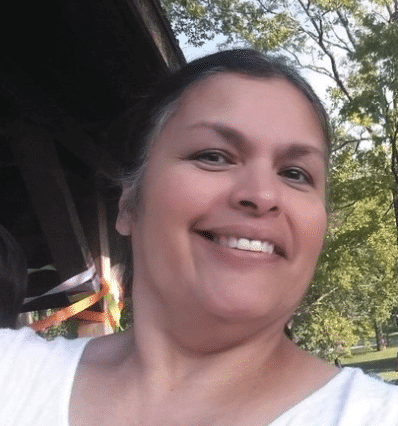 Lillian was born September 11, 1956 in Gardner, Kansas to Pablo and Consuelo Tinoco.  She grew up surrounded by her eight siblings.  As a young teenager she enjoyed learning drums, tap dance and ballet.  She would later meet her husband, Rodolfo Rangel at the Mexican Independence Day Fiesta by asking him to be her escort where she won Queen of the Fiesta.

Soon after they married December 22, 1973 and began their beautiful family.  Together they raised three children; Monica Lyn, Jorge Antonio and Michelle Marie.  At family get togethers, she could always be found surrounded by family with her famous smile and her camera in hand.  She enjoyed capturing special moments that shaped not only herself, but all those around her.

She was overjoyed once she had the title, “Grandma”, when she welcomed her first two grandchildren Tracy Lyn and Lloyd David in the 90’s.  Even though she had all this love around her heart still had more to give; her husband and she added their second son in 2007, Bishop Anthony.  She loved having another baby in the house and knew he was a blessing in their lives. Not long after that, the blessings kept coming when she became a grandma three more times; Jaxon, Esperanza, Jaydn Lilliana and Kendrick Pierce.

Lillian retired in 2013 from State Street where she showed dedication and spread her kindness for 40 years.  She spent the remainder of her life with those who mattered most, being the backbone for an entire family.  Her home was always filled with love and laughter and that is something that will never change.