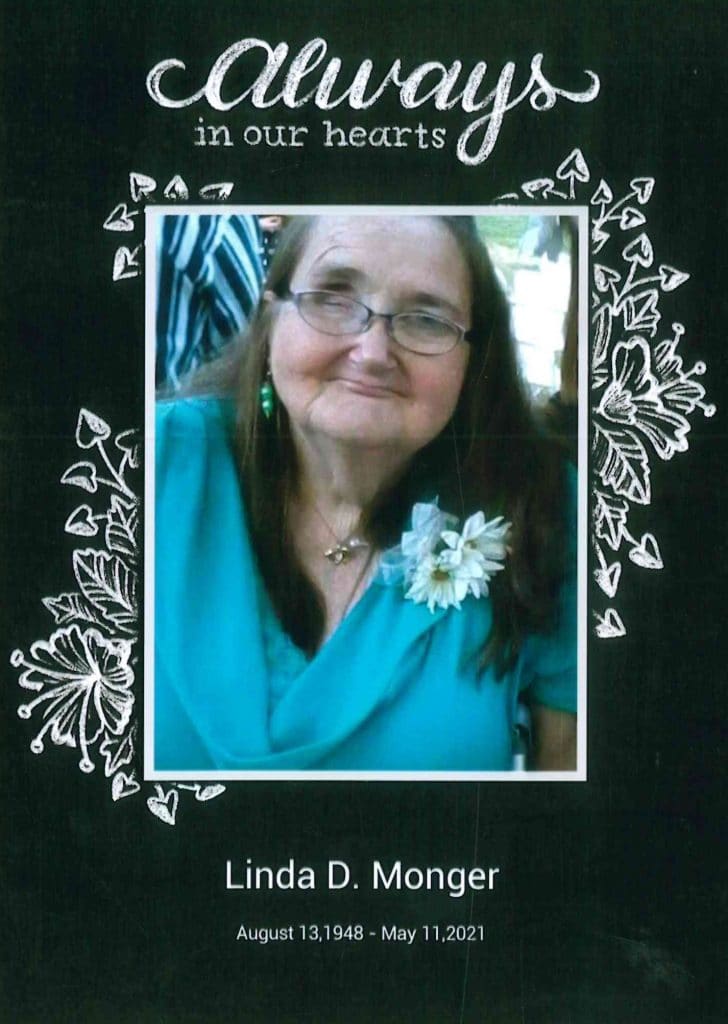 She is survived by five of her six children and six of her seven grandchildren; Heather Evers, Ashley Wilke, Jesse Greer, Mackenzie Monger, Dexter Monger and Nathan Monger.