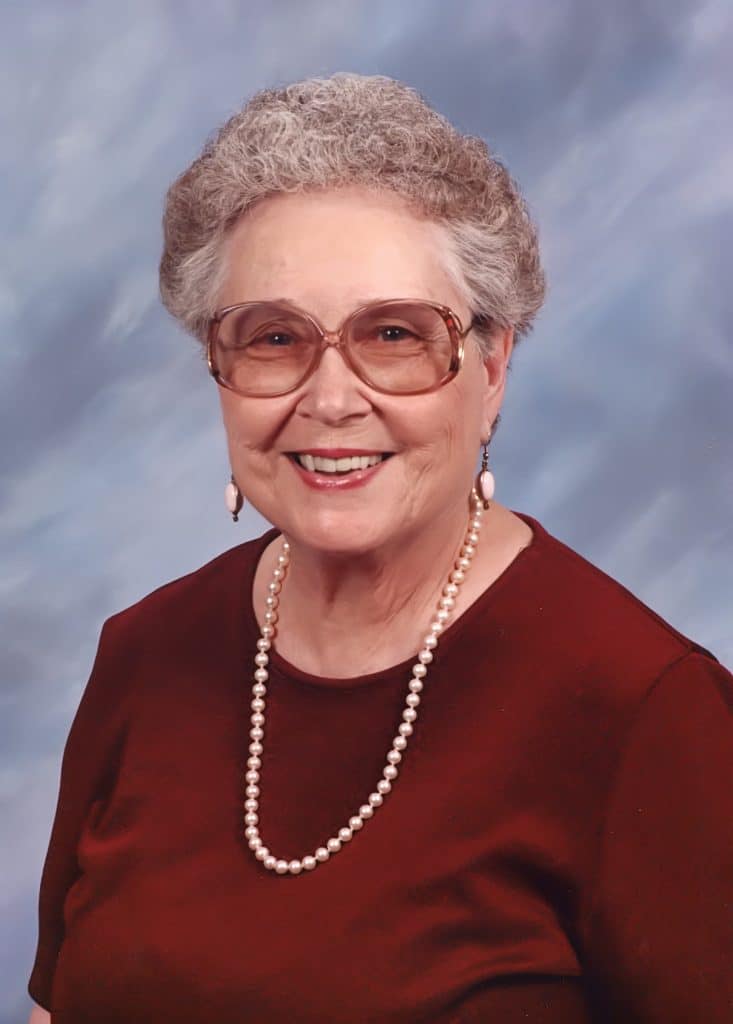 Lois Virginia (McCrary) Carter the youngest child of Spencer Alexander and Stella Brent (Earickson) McCrary was born at home during a severe winter blizzard on March 11, 1931. She departed for her heavenly home on October 6, 2018, at Primrose Retirement Facility in Shawnee, Oklahoma.

She is survived by several nieces and nephews, including a special niece, Rosemary Lyons and husband Ronald of Tecumseh, OK; a step-daughter, Barbara Huggins of Grain Valley, MO; and many friends in OK, MO, and around the country.

Ms. Carter graduated from Fayette High School, Fayette, MO in 1949, followed by Chillicothe Business School, Chillicothe, MO in 1950. Subsequently, she attended Penn Valley Community College, Kansas City, MO and Kansas University. She was baptized in the First Baptist Church, Fayette, MO at the age of 16. She later joined the Methodist Church and was long-time member of several congregations, most recently Wesley United Methodist in Shawnee, OK and active in the United Methodist Women. She loved the Lord and tried to follow His will daily.

She had a long and varied work career starting in 1950 at the State Dept. of Agriculture, Jefferson City, MO as a secretary and ending in 1991 upon retirement from the Federal Department of Health and Human Services, Office of Civil Rights, Kansas City, MO. During her work career, she worked for three governmental levels: city, state and federal, which included working for two Attorney Generals and Governor John M. Dalton, Jefferson City, MO. At the time of her retirement, she was the Regional Manager in Kansas City for the Office of Civil Rights, DHHS.

Upon retirement, she and her husband moved to the Ozarks Methodist Manor, Marionville, MO, where she lived for 25 years until moving to Shawnee, OK in 2016. She loved travel and has visited all U.S. States, as well as a number of foreign countries. In addition, she enjoyed volunteer work, church activities, reading and socializing with her many friends.