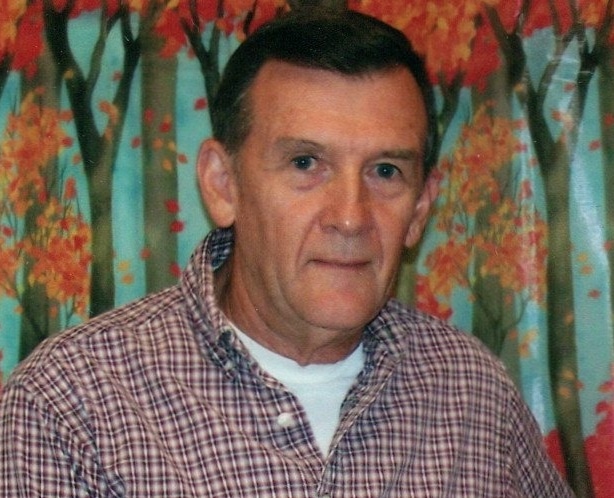 Lyle McCrary, age 75, passed away at his home in Independence, Missouri, Friday March 3, 2017. Lyle was born in Kidder Missouri, January 10, 1942 to Arnold and Clara McCrary. He graduated from Jameson High School in 1960. Where he met Nancy Scott. Lyle left Jameson for a year after graduation. When he returned home, he decided to stop by the high school for a visit. While he was there, he happened to run into Nancy. Later that day he drove to her house and asked her on a date to the “picture show” in Gallatin. It must have gone well because they were married on February 24, 1962. In 1961, Lyle was hired to work at Hallmark Cards. He told his future in-laws that they need not worry. The job at Hallmark was just a start. He planned on getting an even better job someday and he would take good care of Nancy. Lyle worked at Hallmark for 35 years. He moved his way through the ranks, starting as a stock boy, and eventually retiring as a master printer. During that time he and Nancy had two children, Kenny and Tracie. They bought a house in Independence, Missouri where they lived the life he promised his in-laws he would provide.
Lyle was a kind and gentle man, who never met a stranger. If anyone needed help with something, Lyle would drop whatever he was doing and come help. He loved tinkering and building things. He was forever looking for a project to work on, either at his own home, someone else’s home, or at church. Once he latched onto a job, he was tireless. Lyle was always the first to show up and the last one to leave. This devotion to hard work, and a shovel with his own homemade handle, helped to earn him the nickname Ironwood among the facilities team at church. He loved to be outside. He would wait with great anticipation for the warm days of spring to arrive because they promised good mushroom hunting and fishing with his buddies.
Lyle, known as Poppy to his grandchildren and their friends, loved his family with all his heart. He lived to spend time with his grandchildren. He attended every single event he could attend. He always showed up way too early to make sure get a good seat, and then he would stay to stack the chairs when the event was over. He was proud of the accomplishments of his children and his grandchildren and he bragged on them often. His passing will lay heavy on those who loved him so dearly, but his memory will forever bring great joy and happiness.
Lyle is survived by his wife Nancy McCrary, son Ken McCrary, daughter-in-law Christina, daughter Tracie McCrary and future son-in-law Steve Thompson. Lyle leaves behind six grandchildren: Ryan, Sage and Tate McCrary as well as Ashton, Kyle and Addilynn Henson.
Memorial services will be held Sunday March 12, 2017 at Lakeland Community Church 2:00pm. For those who are interested, in lieu of flowers the family asks that you make a donation to the Lakeland Community Church benevolence fund.