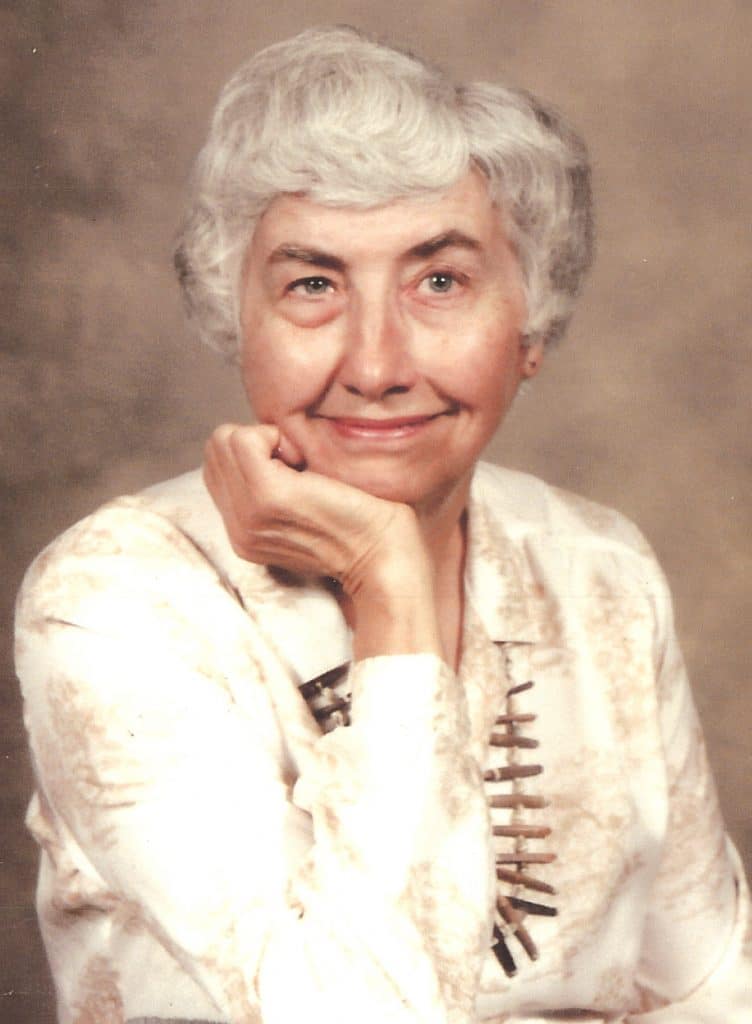 Margaret was born in Nebraska City, Nebraska and graduated from NCHS in 1937. She attended Creighton Memorial St Joseph’s Hospital School of Nursing in Omaha graduating in 1940. After that, she worked for Public Health Service in Memphis TN. In 1943, Margaret joined the U.S. Army Air Corps, stationed at the Miami-Biltmore Hotel in Coral Gables, FL, which was used as a general hospital.

She attended Flight School at Bowman Field KY, graduating in July of 1944. In December of 1944 was sent to the China Burma India theater of operation as a flight nurse shuttling patients from China Burma and India to Calcutta or Karachi for shuttle to the U.S. From 1946-1950 she worked for the Public Health Service. In 1950, Margaret was recalled to the U.S. Air force. She spent a total of 20 years in the service, with 2 tours of duty in Europe and the rest at various bases in the U.S. retiring as a Lt Col.

After retirement, Margaret worked 2 years for the VA, 17 years at Georgette’s Gift Shop, Meals on wheels, and spent 16 years working with MS clients exercising them in the pools at LCCC and YMCA. In her free time she enjoyed weaving and spinning.