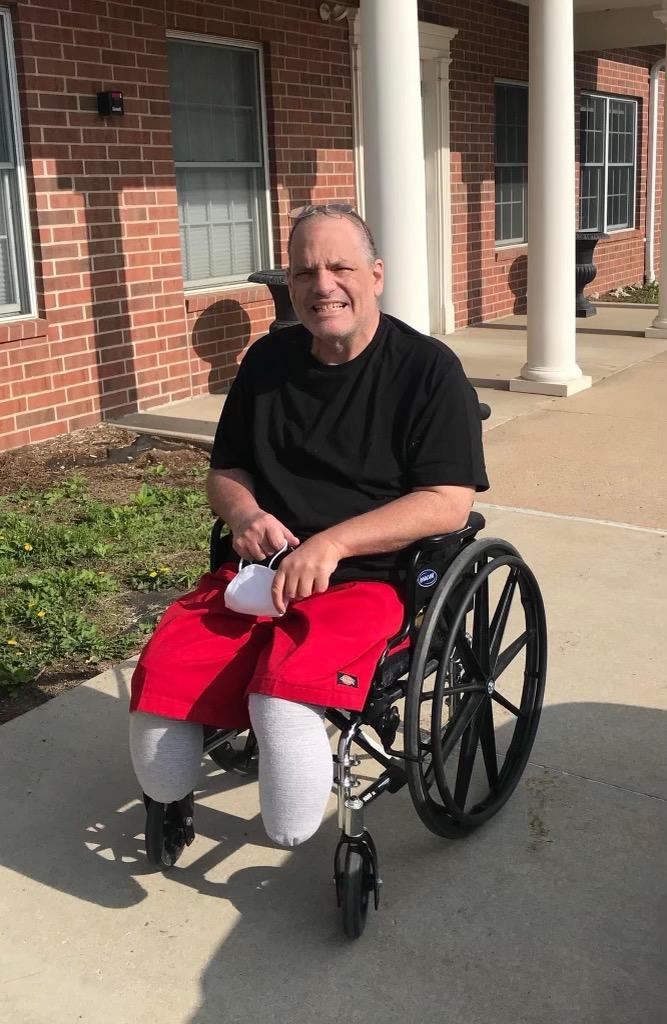 Mark Patrick Robertson left this world to meet his Maker 10/27/2022.  We’re sure He had open arms welcoming Mark, as he was as genuine a person you would ever know.  Mark was born to Hulon Hollis “Rob” Robertson and Linda Lee Lincicome Robertson Russell on 6/18/1966 In Chicago, IL.

For many years, Mark suffered from diabetes.  As you know, Diabetes contributes to a lot of problems, and two of the biggest ones were congestive heart failure and renal failure. Both of his lower legs were amputated in January 2020.  Since then, his spirits remained up for everyone else, but slowly dropping spirits secretly. As you can only imagine, that would be a very difficult road. Mark’s body just grew very tired.

Mark enjoyed movies and music like nobody else.  He liked the B side of 45’s, if you know what I mean.  Mark was always the one everybody wanted to take to Trivia games.  Like a walking encyclopedia for movies and music, anything from directors, writers, producers, actors, etc. Mark also enjoyed watching the Chiefs and Alabama and bantering back and forth with his brother.

Mark is preceded in death by his Dad, and two Uncles that he was very close to, Frank Lincicome and Gene Winters.

Mark leaves behind; his beloved Mom, Linda and her husband, James Russell of Centralia;  his Brother Mike(Julie) Robertson of Columbia; his sister Kristin(Darrell) Wooten of Hallsville; his Aunt Gina Harvey; cousins; Clint and Bob Peters all from Independence. He also left behind plenty of nieces and nephews along with great nieces and nephews. Jennifer, Frank, Ayla, Michael Aaron, Marla, Keilani, Tyler, Michael Sterling(Hannah), Jacob(Jenna), Braydon, Harlow, Sean(Hadley) and Emery. Mark also left behind two dear friends, one of many years, Peter Harvey and Karen Bounds Heaston that he met working at State Farm, and he enjoyed having coffee with once in a while.

A Celebration of Life will be Saturday, November 19th from 2-5pm @ his sister’s house in Hallsville.

In lieu of flowers, listen to some Pink Floyd or some NIN, or maybe watch Jaws or a Quentin Tarantino movie in Mark’s honor. Yep, he’d like that. Rest easy Mark, Roll Tide.