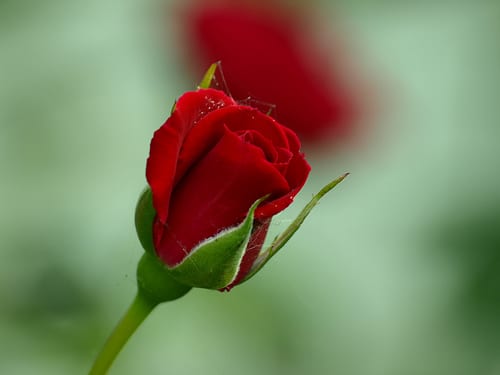 Marlene Esther (Haller) Wheatley passed away on January 2, 2012 at Lakeview Village Care Center in Lenexa, Kansas.  She was born in Decatur, Illinois on October 17, 1934 to George and Edna Bessie (Hendricks) Haller.

Life in post-depression, pre-WWII, America could be challenging at times for a traveling salesman and his wife.

In 1966 she met the love of her life, Dr. Richard Wheatley, who brought six children into the union, Richard passed away in 2002.

She spent her early career days as a stewardess for Ozark Airlines for a couple of years and as an executive secretary for 6 years with Continental Can Company.   Semi-retirement included 8 years as a volunteer at Research Belton Hospital and 12 years as a secretary for the Lord of love Lutheran Church in Belton. She was a member of The Assembly of God Church in Raymore, MO.

Her hobbies included training and showing some of her beloved dogs with niece Dianne Byrns in the 1970’s and 1980’s. In later years playing bunko and mahjong with friends, doing water aerobics, pontooning on Longview Lake, and walking daily with her best buddy of 13 years, Maggie Sugar Dear.

Marlene had wonderful family and friends, and even though a formal memorial is not planned, it was her wish that as you go into your gathered activities, join hands and say a prayer together.  In lieu of flowers the family requests memorials be made to the National Breast Cancer Foundation, Inc. 2600 Network Blvd., Suite 300, Frisco, TX 75034.