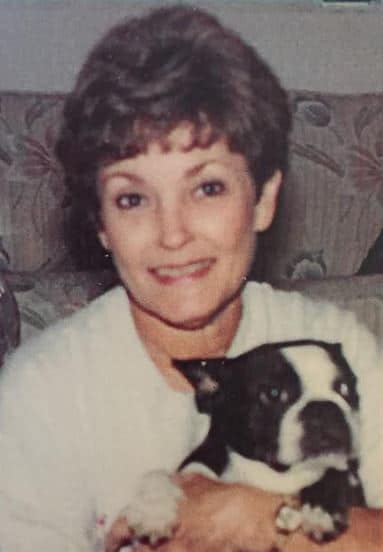 Mary Lee graduated from Raytown High school and attended University of Central Missouri and UMKC. She enjoyed a lengthy career as executive secretary at Independence Regional Hospital and Sharp Hospital in San Diego, CA. Most importantly, spending time with friends, family, neices, nephews, and 3 grandkids were among her greatest joys. Mary Lee was an accomplished painter, writer, and poet and was involved for many years as a volunteer for the Raytown Historical Society. She was also quite an animal lover who could not overlook any stray or injured animal.
Mary Lee will be remembered for her love of baseball and dedication to the game. She began listening to the radio broadcast of the St. Louis Cardinals with Harry Caray announcing in the late 1940’s. She learned how to keep score, make her own score cards and claimed she never missed a game! She even dreamed of becoming a sports writer. Mary Lee created a notebook which was very special to her, specifically for her baseball memorabilia which held her score cards, articles, stats, and notes on various players. Her enthusiasm for the great game of baseball was infectious. And through the years of watching the Kansas City Royals with her son and daughter, they too were inspired by her knowledge and thus, another generation of baseball fans were being created by Mary Lee’s love of the game!
The family would like to express their sincere thanks to family, friends, and staff at Crossroads Hospice for all their kindness and support. We will never forget all the loving care shown to us by all.