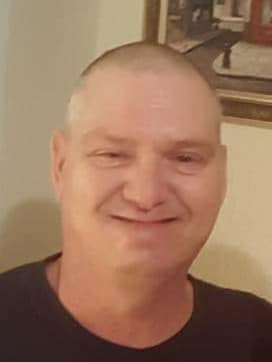 Matt was born Oct 8, 1964, to Ernest Hamilton and Edith Nicholson. Matt was raised at Tarsney Lakes, Oak Grove, MO. Matt, enjoyed fishing in the creeks, crawdad hunting, and frogging. When Matt was 14, he went to work for a farmer. Matt milked cow, bailed hay, cleaned stalls, whatever he was told to do, he did it. Matt would work from sun up to sun down. He took pride in his work. When he was old enough, Matt went to work for McDowells Trash, for a couple years.  In his spare time, Matt would work with his dad, brothers, and sister on cars. Matt also worked stomping trash on weekends for his dad. In 1985 Matt married the love of his life, Gladys Smalley, that’s when he took on the role of dad to her 3 children. When he was able to get his CDL, he went to work for Ted’s trash where he worked for over 25 years. While there, he made lasting relationships with his coworkers and his customers.

Matt loved camping, fishing spending time with his family. Matt always had to be busy. His family meant the world to him. Matt had a crazy sense of humor, loved to tease, joke around, was very onery, and was just a fun-loving guy. Underneath all that, he was very caring,  the guy you could depend on, and was always there to lend a helping hand. Matt’s favorite past time was working on vehicles, not just his own. If anyone had issues with their car, he would take on the responsibility to get it fixed, if he didn’t know how to fix it, he would resort to YouTube. Another favorite past time of Matt’s was grilling or smoking a brisket. He was the guy if you met him, you liked him.

We will always carry him in our hearts!

The family would like to thank all the nursing staff on the PICU, ICU, at CenterPoint. We appreciate everything you did for him.

If anyone desires to send flowers, they are more than welcomed and can be sent to Heartland Cremation & Burial Society.