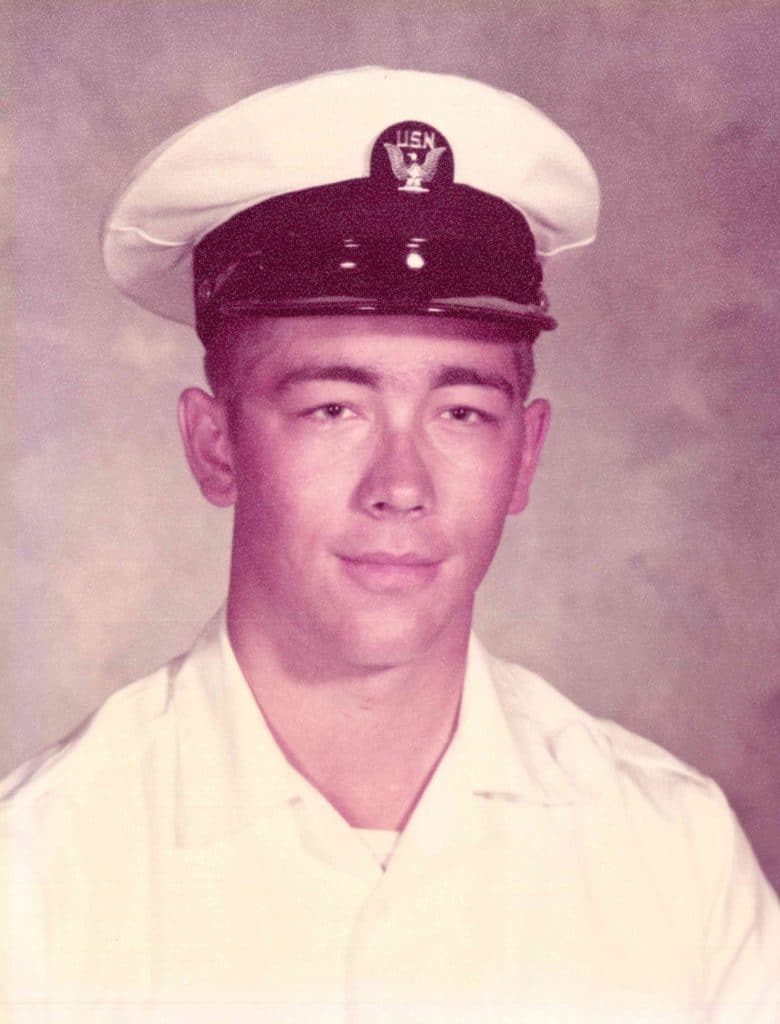 Michael David Huls, surrounded by friends and loved ones, went home to be with the Lord on September 14, 2021. Michael battled courageously these past many years with Parkinson’s disease and a number of other health liabilities rarely complaining and serving as an inspiration to us who knew him.

Upon graduation, Michael enlisted in the United States Navy serving his basic training in San Diego, CA. Michael was stationed at the Charleston Naval base in Charleston, SC and received his ship assignment on the USS Canopus where he served as a supply clerk. Michael’s Naval career took him as far away as Glasgow, Scotland before returning back to Charleston. Mike was honorably discharged in 1976 and returned home to his family in Overland Park, KS. After a brief stint in Louisiana with the Haliburton oil company, Michael went back to Denver Colorado in 1983.

That is when Michael met the love of his life Rhonda. After a whirlwind romance they wed in the summer of 1985. They started their new life in Arvada, Colorado. Rhonda was the ideal match for Michael. Her creative flair and loving spirit was perfect for Michael’s unique personality.

Michael spent most of his career in management for Dairy Queen, with a brief detour in the house painting business with his best friend Guy. Michael took great pride in his work, especially when he was able to mentor and become a role model for the employees that worked there through the years. However, Michael’s greatest satisfaction were the regular’s that would come into his store. He greeted each one of them as though they were a member of the family.

Michael was “one of a kind”. He never met a stranger and he always had a kind word for everyone. Unforgettable, an original and memorable would be just a few of the words to describe Mike.

Michael is survived by his loving wife Rhonda, with whom over the past 36 years shared many laughs and wonderful memories. Randy Huls of Brevig Mission Alaska, Sister Shari (Bill) Schlapman AZ, Sister Lana (Ken) Walton of Kansas City MO. He is also survived by nephews, Kyle, Sam, Sean, Hans, Max and Lucas.

He was preceded in death by parents Roger and Anne Huls, brothers Marc and Robin and Roger Jr. and sister Rae Ann.

Please join us in the celebration of Michael’s life at 3:00 pm Friday, September 24th, 2021 at Heartland, 6113 Blue Ridge Blvd. Raytown MO 64133. A visitation will precede the service and begin at 2:00 PM.   To view the service live please visit this link: Michael D. Huls Service