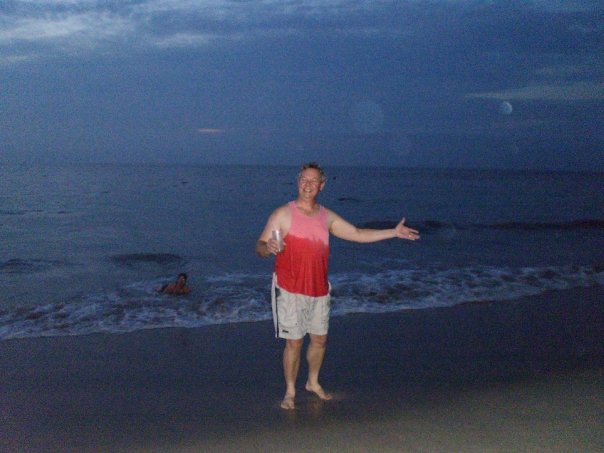 Michael Lee “Mike” Logan, 61, passed away during the early hours of August 31, 2020, after an almost decade long battle with multiple myeloma.

Mike was born on January 26, 1959, to Donald and Norma Logan. He grew up in Vienna, Missouri, where he graduated from Vienna High School in 1977. After high school, he completed a program at Linn Tech in Jefferson City. He moved from Jefferson City to Kansas City in 1979.

While working at Black and Veatch, he met Jamie– his wife of almost thirty years. They built a wonderful life together. They joyfully raised their three children, Emily, Michael, and Dalton, and made many special friendships with neighbors and coworkers through the years. They also enjoyed traveling together. Mike was a loving and dedicated husband. He truly lived the phrase “happy wife, happy life”.

Mike was also an excellent father and teacher to their children. He taught them the value of hard work and life-long learning. His greatest joy came from having all of his kids together for a meal. Mike worked tirelessly to provide a comfortable life for his family. He was the epitome of a family man and took exceptional pride in his kids.

The most significant lesson Mike would teach all who knew him began in 2012 when he was diagnosed with a rare form of cancer. Mike participated in countless clinical trials and was a true trailblazer in the fight to learn as much as possible about myeloma. Jamie stayed by his side caring for him endlessly as his body endured great pains to prolong his life and to contribute to the research of treatments for others. There was not a medication or procedure he denied during his cancer journey. True to Mike’s character, he continued working between procedures until the last year and a half of his life.

Mike was thrilled to become a “PopPop” in 2017 when his first two grandchildren were born three months apart. He found great joy in watching them grow, and he provided welcome insight to his kids that only a grandparent can give.

He is preceded in death by: his grandparents, Louis and Christine Renkemeyer, James A. and Pearl Logan and granddaughter, Kacie Mireya Johnson.

He is survived by: his loving wife, Jamie; his son and daughter-in-law, Michael and Amber Logan; his son Dalton Logan; his daughter and son-in-law, Emily and Matt Johnson; his parents, Donald and Norma Logan; his grandchildren, Langstynn, Benjamin, Jameson, and Everleigh; his brother and sister-in-law, Ronald and Sheila Logan, and numerous nieces and nephews as well as countless close friends, extended family members and Miss Gladys the very special bulldog that brought Mike much love and joy.

In the last week of Mike’s life, he showed all who knew him the power of acceptance. It was during this time he demonstrated the greatest victory can be found in the surrender. Mike had truly been fighting a harrowing battle, and he was ready to experience freedom once more. He spent his final days with his family and friends. He was able to spend a day with his boys working on his beloved 1968 corvette. In the end, when he stopped the battle, he traded his pain for his well earned wings.