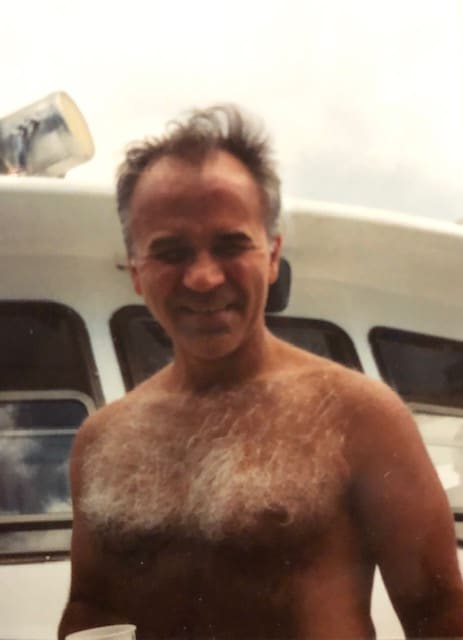 “Mike wanted it known that he died as a result of being stubborn, refusing to follow doctors’ orders & raising hell for seven decades. The man. The myth. The legend: Men wanted to be like him, & women wanted to be with him. He enjoyed his family, friends, beloved dog, sports, booze, cars & younger women until the day he died.”

Michael “Mike” Dean Cummins, 75, of Kansas City, Missouri, passed in peace August 2019.  Born September 11, 1943 to Everett Dean & Ida Mae (Palmer) Cummins, as an only (but perfect) child. A 1961 Westport High graduate who served in the USMC, earning PFC, a Vietnam Veteran who built bonds of service, blood & love with his fellow servicemen. “Once a Marine always a Marine.”

Looking at Mike’s resume he tried his hands at Sack Boy, Trashman, Fireman, Car Salesman, to name a few & finally The Insurance man! He loved what he did & those he did it with.

Memorials may be made to charity of your choice.