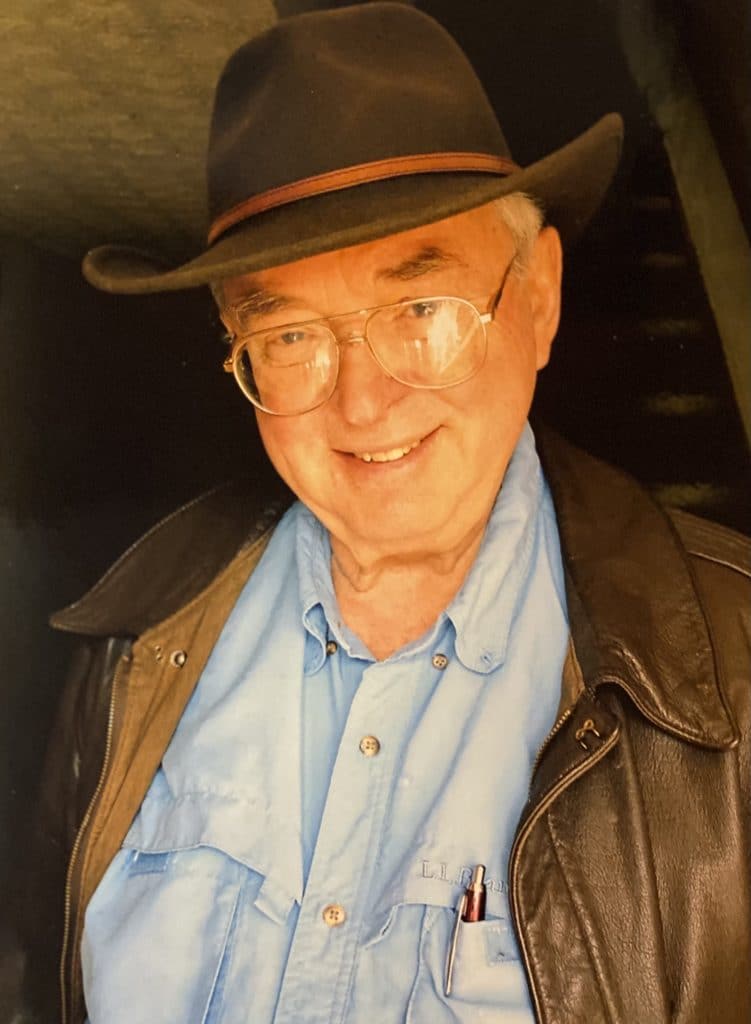 Ned was born September 15, 1925 in Jewell, Ohio to Horace and Mildred (Rentz) Tanner.

He was a member of the 1943 Class of Jewell High School, in Jewell, Ohio.

Ned served in the United States Army Air Corp beginning in November, 1943 through the end of the war in February, 1946. He was stationed in New Guinea and other South Pacific islands.

Ned graduated from The Ohio State University in the class of 1950 with a Bachelor of Arts Degree in Agriculture.

Following graduation, he worked for Braniff Airways in Dallas, Texas. He also worked as an Oil Scout for Tennessee Oil and Gas Co. (Tenneco) in Midland Texas.

In 1972 he was co-founder and partner at Oxbow Golf Course, Belpre Ohio. Later he was a stockbroker in Denver, CO for several years where he become a dedicated Broncos/John Elway fan.

He had a passion for skiing, playing golf and politics.

His greatest love was watching The Ohio State University Football team. Upon his move to Kansas City, he adopted the Royals as his favorite professional sports team.

He is survived by his loving children and their families, Christina (Lehi) German of Kansas City, MO; Pamela Boll of Boulder, CO; Cynthia (Terry) Lewis of Worthington, OH; and Scott (Christy) Tanner of Parkersburg, WV.

The family would like to thank the McCrite Briarcliff Family for their caring support during the last seven years. The Kansas City Hospice staff were a blessing to Ned and his family.

Arrangements: A private memorial service will be held in Jewell Ohio.