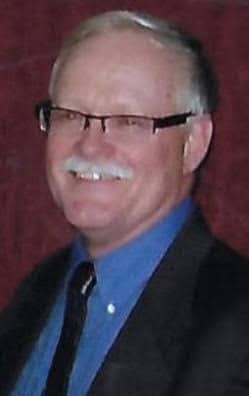 Neil Louis Jarrett, 65, was born in Mason City, Iowa on December 15, 1956, to Harry Neal Jarrett and Donna Mae (Olson) Jarrett, and fell asleep in death on Tuesday, October 4, 2022, at his home in Kansas City, Missouri.

He is preceded in death by his parents, Harry Neal and Donna Mae Jarrett, and his oldest sister, Joan. He leaves behind to grieve him, his brother, Kevin and his three sisters, LaVeta, Marilyn and Iris, and several nieces and nephews.

Neil was the fifth child of six children in the family. He grew up primarily in Fort Scott, Kansas. He attended Fort Scott schools and graduated in 1974. In high school he participated in football, track and wrestling. He was voted “Most Enthusiastic Person” during his senior year.

Neil was a ‘hand’s on’ person when it came to work. He was a hardworking and experienced handyman, and had the perfect name for his business, ‘Neil’s Odd Jobs’.

Neil had always been a dog lover. He was only 3 years old when he got his first dog. And since then, he was never without a dog. Another thing Neil enjoyed was smoking BBQ meats. He often shared these with his neighbors and friends.

Growing up, Neil knew of the rich spiritual heritage of his family. His grandparents were colporteurs in rural Kansas. Neil became serious about becoming one of Jehovah’s Witnesses in late teens, studying the Bible with Brother Jack Mazur. He symbolized his dedication and was baptized on February 16, 1976. He was a member of the South Spanish-Kansas City MO congregation.

Neil enjoyed helping out with Theocratic Projects, including with the Regional Building Committee (RBC) and later with the Local Design/Construction Department (LDC). He was well known for his generosity and joy for donating his time, tools, energy and skills to help others. Nowhere was this more evident than in his joy in helping build and maintain places of worship to his God, Jehovah.” You could count on him whenever there were ‘Workdays’ at the Kingdom Hall. During his decades of volunteer work, he made many life-long friends.” One unique ability Neil possessed was he never needed GPS. When in service, he could look at a territory and then say, “Let’s go!” He knew exactly where to go. In his heart, Neil wanted everyone to have the opportunity to learn about the God’s Kingdom and have the hope of living forever on a peaceful earth. We look forward to this prophecy’s fulfillment, when we will no longer have to worry about old age, sickness and death.

We also look forward to the time when Neil will be resurrected and realize the fulfillment of all the wonderful Bible truths he had shared with others. It will be such a joyous time to welcome all our loved ones who have died. Although he will be missed, we know that he is no longer suffering or in pain and is now safe in Jehovah God’s memory.

And I have hope toward God, … that there is going to be a resurrection of both the righteous and the unrighteous. Acts 24:15