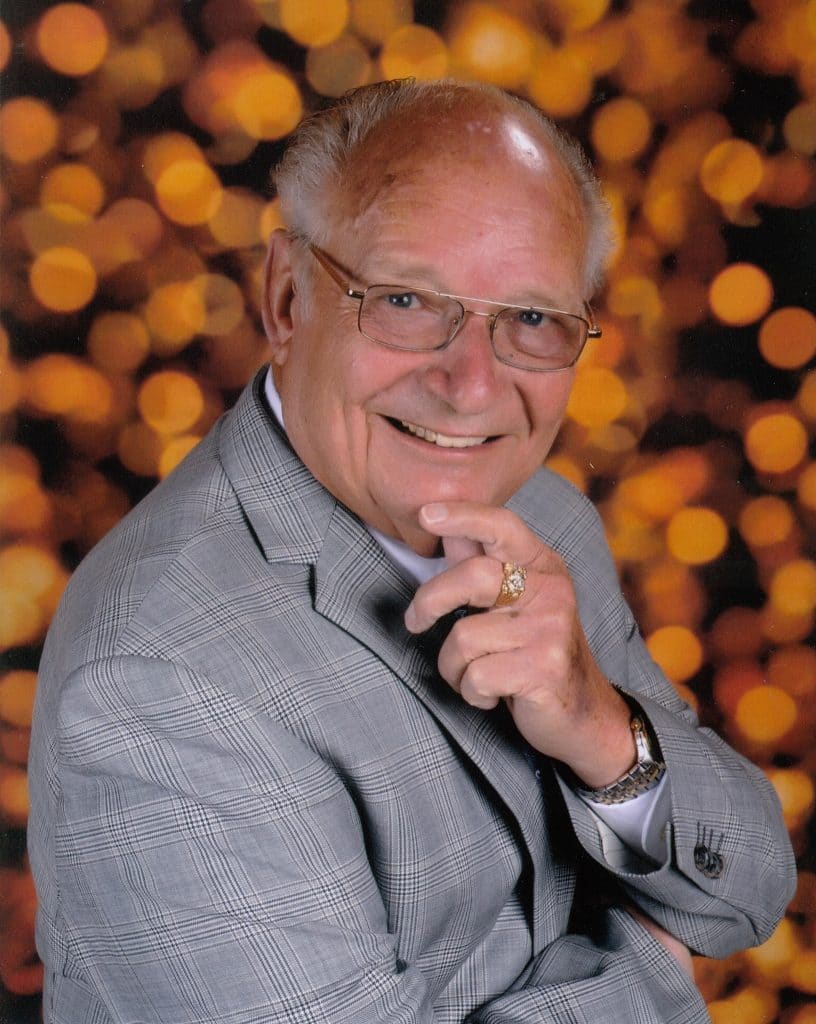 Norm came into this world as a 3 ½ pound infant to Harvey A Moeller and Marie M Loser in St Louis, Missouri. Because of the estrangement of his parents and economic conditions at the time, Norman was raised for the first 9 years of his life by his Uncle John and Aunt Helen Heyer, only seeing his mother on the weekends. Although Uncle John was a strict disciplinarian, he taught Norman woodworking skills, along with electrical and plumbing that he used all of his life. His mother wrote the happiest day of her life was when at 9 years old he could stay with her all the time. They had a challenging life together; each day was a financial struggle. Norm worked many odd jobs during his youth to help the family, a pin setter, paperboy, and such.

Upon graduation from high school, he became a truck driver eventually working for his father at Moeller Drayage. Norm worked as a driver, mechanic, jack-of-all trades with Moeller Drayage, ultimately running the company until it’s sale and dissolution. He then began a local screen-printing company which he sold in 1996 when he retired.

Norm married Doris L Daugherty, June 10, 1950. They were happily married almost 64 years when Doris passed away. They had 3 children.

Norman lived a full life. As a younger man he belonged to bowling leagues trading that for boating and water sports on various Missouri lakes and rivers before constructing a vacation home at Lake of the Ozarks. Norm would try anything on water skis, imitating water shows he had seen. About half the time he was successful, other times he was fortunate to avoid serious injury. In addition to the lake home, he and Doris traveled coast to coast in their pop-up camper, visiting family members, parks. tire and auto repair shops.

In his retirement, Norman did not slow down. He drove a van for the Walker Scottish Rite Speech Language Hearing Clinic all over the eastern side of the state of Missouri and was recognized by the Scottish Rite as their Man of the Year for his service. He performed minor and major remodeling jobs for his church in St Louis. After moving to Lee’s Summit, to be closer to family, he became active in the John Knox Village Hobby Hut, repairing and building items for residents, the Village and for Longview Chapel. After the passing of his wife, he traveled extensively with his “Best” friend Lynda and his daughter. He visited most every cruise port in the Caribbean, Prague, Germany, France, Greece and Turkey. This fall he was able to check off several items on his bucket list by parasailing and riding the world’s longest zipline.

Norman was a member of the Scottish Rite and Moolah Shriners. For years he participated in the Arab Patrol with the Shriners.

Norman was preceded in death by his wife of over 63 years, Doris.

In lieu of flowers memorial donations may be given to Longview Chapel Christian Church, Lee’s Summit, MO.