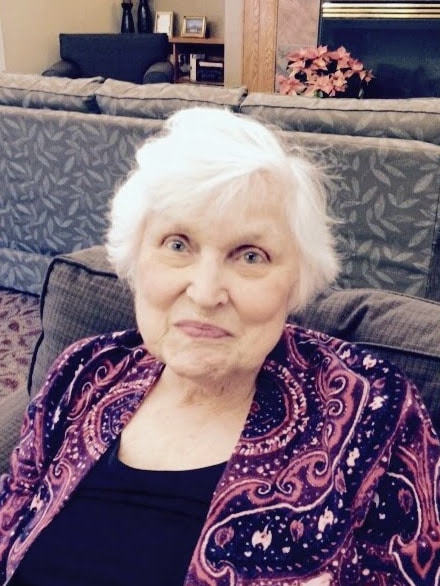 Patricia J. Lewis, 87, died on April 23, 2018 at Provision Living in Columbia, MO. She was the daughter of Earl and Laura Matthews of Niles, MI and the wife of Frank Hoblick Jr. of Carthage, MO until his death in 1991. Together they raised four daughters.

Pat was heard to say she led a full life. She considered herself a life-long learner who enjoyed her roles as a Weight Watcher Lecturer, Crisis Intervention Counselor, and licensed insurance agent. She was also a trendsetter as the first female State Farm Agent in Missouri and Deacon in the Episcopal Church.

Shortly after her retirement, Pat found love again. She and Kenneth R. Lewis were married in Carthage, MO on May 30, 1998. In the years that followed, they traveled the world while still finding time for their growing family of children, grandchildren and great-grandchildren.

In lieu of flowers, contributions can be directed to Michael J. Fox Foundation for Parkinson’s Research or the ALS Association through CharityNavigator.org.