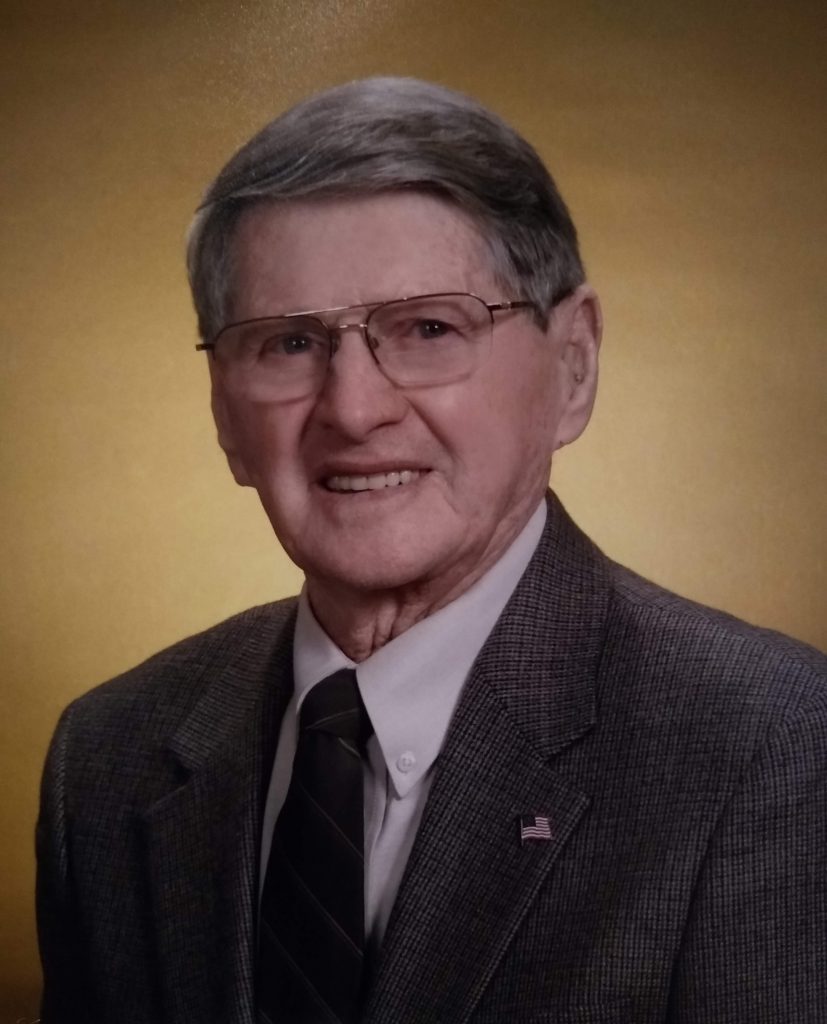 Mr. Hansen was born on March 30, 1927 in Raytown, Missouri. Paul was a lifelong resident of Raytown and was deeply involved in various aspects of the community throughout his life. He was President of his senior class of 1945 at Raytown High School, and after graduating, he enlisted in the US Navy where he served in the Pacific Theater during the end of World War II. Upon returning home after his military service was finished, he began working with his father, Oscar, at Hansen’s Home and Auto, a family business located in Raytown.

After working there for several years, he moved on to work at Lee’s Summit Block, and eventually moved on to work at Dick Smith Ford around 1966. He held a few different positions over the years at Dick Smith, eventually retiring from there in 1989. Paul was also a member of Raytown’s Volunteer Fire Department as well as a member of Raytown’s first Underwater Recovery Team. He built strong relationships with the city’s Fire and Police departments over the years, always wanting to keep his finger on the pulse of what was happening around the city.

Another aspect of his community service was his membership in the Raytown Kiwanis organization. He was a member for many years, and also served as President. Paul’s father was involved in local Raytown politics, so it wasn’t long before he got involved himself. Paul was elected to the Raytown Board of Aldermen and continued to be involved in Raytown city politics for years to come. His most recent position was as a member of the Special Sales Tax Oversight committee, which he stepped down from just last year. He also worked for Public Water District #2 for 25 years, with 10 of those years being President.

In 2018, Paul was honored with the title of “Mr. Raytown” by Raytown’s Mayor, Michael McDonough, for his years of service to the city and community. With everything going on in his life, Paul still found time to relax and enjoy himself. When he was younger, he was an avid bowler, bowling a 299 at one point. However, one of his biggest joys was playing golf. He played the game for decades, with his “home” course being Longview Lake Golf Course where he shot two holes-in-one over the years. He also worked at the course as a marshall for several years after his retirement.

Family was also very important to Paul. He had 6 children himself, and as they grew up and started families of their own, he liked nothing better than getting all the kids and grandkids together for holidays, birthdays, and any other special occasions. Paul touched many people throughout his life, from family and friends, to co-workers and regular acquaintances at banks, grocery stores, gas stations, hardware stores, and restaurants around town. It was hard to go anywhere with Paul and not run into someone he knew.

His love and friendship will be missed by all.

He was preceded in death by his first wife, Joann, his second wife, Sharon, and one of his sons, Phil. He is survived by his remaining children: Steve Hansen, Tom Hansen, Tracey Meeker, Shawn Hansen, and Kelly Eager.

Memorial contributions are suggested to the American Cancer Society.