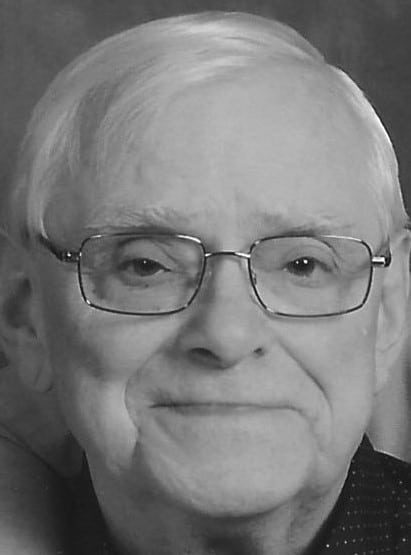 After a sudden illness, Peter Dennis Chapkin, age 83, passed away at Saint Luke’s on the Plaza on Friday, August 6, 2021, surrounded by his loving family. He is survived by his wife and the love of his life, Donna, his four great kids Laurie Chapkin, Eileen Beverly (Steve), Amy Hallett (Mathew), and Paul Chapkin (Megan Harrington). He was the proud grandfather of Kristin McIntyre (Joe), Benjamin Hallett, Ella Hallett, Josie Beverly, Colin Chapkin and Nicholas Chapkin. He was the older brother of Evelyn Graf (Bill) and uncle to Becky Franciskovich (Tony) and their two daughters, Brooke and Casey, and uncle to Sean Michael Felix. He was the brother-in-law of Paula Spurrier and uncle to Cara Jester (Eric) and their children, Joey and Natalie.

Peter was preceded in death by his sweet grandson Ryan Chapkin, his handsome young nephew Thomas Felix, his parents Peter and Ann Chapkin and his many uncles and aunts.

Pete was born and raised in Chicago. As a young man he was a life guard and then one of the first scuba divers in the Chicago area. He said at one time he thought of working with Jacques Cousteau. He enjoyed fishing and his fishing trips with his Dad and his buddies from West Pullman. An avid golfer, his times on the course lessened as his family grew and his body aged, but his love of the game never did.

Pete served in Thailand during the beginning of the Vietnam War. He was very proud of his service and often talked about his experiences and the men he served with.

He retired from what was originally Western Electric, then AT&T after 40 years. Then worked for Nokia and the IRS. While working for AT&T Pete transferred from the Chicago area to Michigan. He, Donna and children lived there for 14 wonderful years and developed long-lasting friendships. Pete transferred to Kansas City with Donna, daughter Amy, and son Paul in 1991. Over the next 30 years due to fate, good fortune or just plain happenstance, his daughters Eileen and then Laurie also moved to the Kansas City area. He felt blessed to have all his children and grandchildren near. Peter was a bright, quiet, caring man with a quick wit and great sense of humor. His family has happy memories of playing poker, charades and laughing hysterically at his word definitions during the family dictionary game. He can’t be replaced, will always be missed and lovingly remembered.

Visitation will be at 10 am with a Mass to follow at 11 am at St Mark Catholic Church, 3736 South Lee’s Summit Road, Independence, Missouri on Wednesday, August 18, 2021. Regrettably, due to the Delta variant, the family is unable to host a reception after the service.

In Lieu of flowers, donations may be made in his name to Children’s Mercy Hospital, Department of Philanthropy, 2401 Gillham Rd, Kansas City, MO 64108.