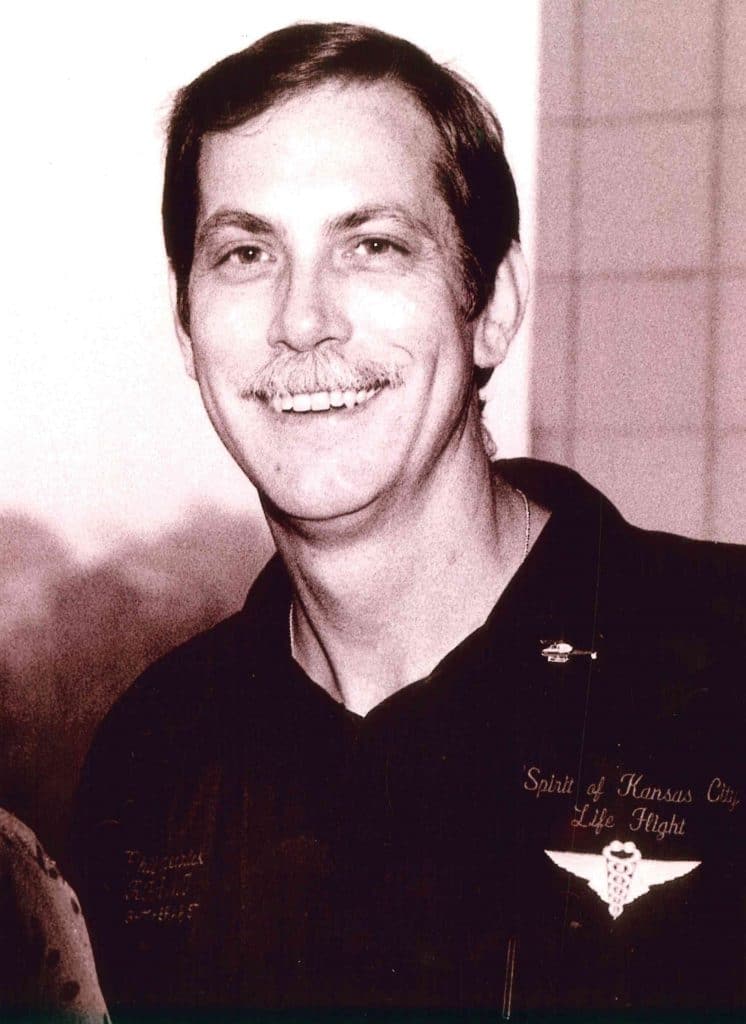 Philip Dean Hedrick, 69, passed away suddenly at his home Friday, May 8, 2020. Phil was born on November 28, 1950 in Wellington, Kansas to Cecil T. Hedrick and Myrtle M. Hedrick who preceded him in death.

He was a graduate of Wellington High School in Wellington, Kansas. In the class of 1968 where he played the trombone in the band and end on the football team. After attending the University of Kansas for three semesters, Phil moved to Kansas City, Missouri where he was employed by St. Luke’s Hospital as an oxygen orderly. He continued his education by taking courses at Pioneer College ( a college without walls) and on the job training. He eventually became both certified and registered as a respiratory therapist.

In 1985, St. Luke’s Hospital joined with Saint Joseph Health Center as partners in Life Flight. Phil joined the Life Flight team as a therapist. Over the years with much training and schooling, he became first as EMT and then a Para-Medic.

On the early morning of May 27, 1993, Life Flight was dispatched to Bethany, Missouri to transport a patient who had been in a pick-up truck  accident back to St. Luke’s Hospital. On the way back to Kansas City, the helicopter experienced an engine failure four miles north of Cameron, Missouri. The crash killed both the pilot and patient. The RN on board was paralyzed from the waist down to her lower legs and lost a kidney. Phil had severe internal injuries. After laying in the wreckage for one and a half hours, they were transported back to Kansas City in two different helicopters. Five minutes flying time, north of Liberty, Missouri, Phil went into cardiac arrest. They landed at Liberty Hospital which saved Phil’s life but left him suffering with brain damage due to lack of adequate oxygen for over twenty minutes. While in the ER, he had a massive stroke which left him with severe left side deficit.

For the past twenty five years, Phil’s brother Jerry and sister-in-law Dorothy have been his guardians and caretakers.

Phil was preceded in death by his sister, Patricia Meils. He is survived by his brother, Jerry Hedrick; nephews, Jerry Hedrick, Jr. and Michael Hedrick. Phil will be buried in Wellington, Kansas at a later date.