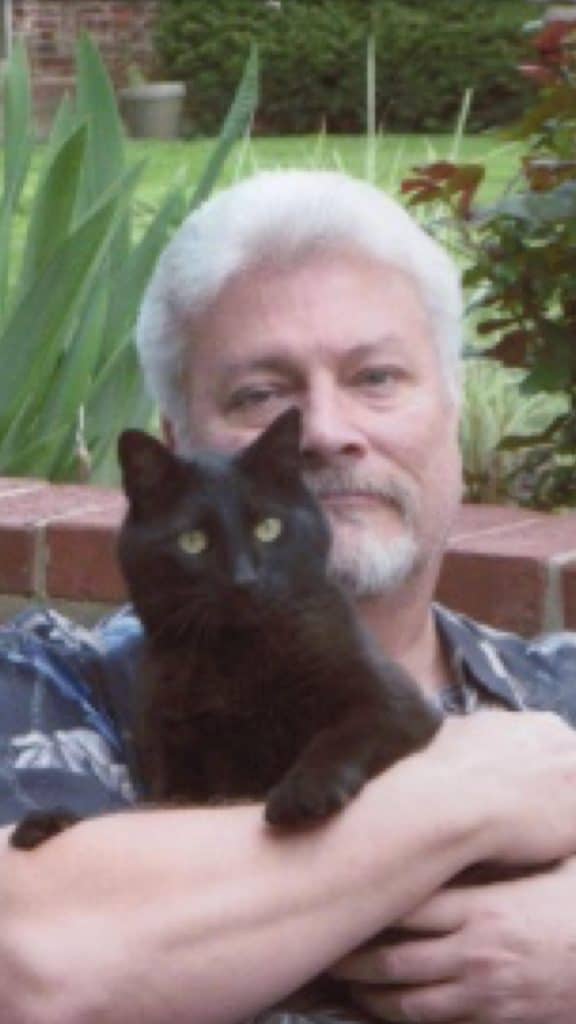 Randy, as he was known to family and friends, passed away at age 59 as the consequence of a stroke after having successfully managed serious cardiac problems for several years. He was the son of Frank Stayton Marsh (1916-1983), of Portsmouth, Ohio and Kansas City, Missouri and Beatríz del Rocía Méndez, of Mexico City. He was predeceased by his older sister Mikhail La Pointe. He is survived by his mother and by his aunt Lucia Chapman and her son David. Randy’s father was an engineer who served in Vietnam and later worked as president of the Kitcheneering Company of America and general manager at the Steam-O-Matic Corp.

Randy’s tastes were distinctly international, thanks in large part to his Mexican mother and his globetrotting father. Randy was known as a bon vivant who loved good food, fast cars, and beautiful women. In his 20s, he raced motorcycles until narrowing avoiding a near-fatal crash. It was while living in Europe that Randy developed a taste for fine art and classical music. However, he was also a connoisseur of American pop culture, with an undying love for the Beatles, the Rolling Stones, and The Who as well as for cinema—especially action films. Randy was also an avid sports fan, rooting for the Jayhawks, the Royals, and the Chiefs, but without ever giving up his passion for the Dallas Cowboys. His friends remember him for his annual Super Bowl party.

Randy worked for many years as a deejay at KXTR FM when it was Kansas City’s full-time classical music station. He was also a classical music deejay at KFUO FM in St. Louis, commuting between Missouri’s two largest classical music audiences. He is fondly remembered as a late-night personality with a deep knowledge of music who was happy to answer any caller’s questions.

After leaving a career in broadcasting, Randy worked as a full-time security guard at Children’s Mercy Hospital for over a decade (2002-2013), where he was known for his compassion with young patients and their worried parents. He worked part-time in retail electronics at Accent Sound until their closing in 2009. Randy also volunteered in the arts, serving for almost ten years (1998-2009) as a docent at the Nelson-Atkins Museum of Art. Co-workers knew Randy in recent years as the swimming pool manager at Woodside Health and Tennis Club and in retail service at Cabela’s.

Randy married Diana Young in 1999. Before and after their divorce, her daughter Hannah, was like his daughter. He has left behind many friends whose lives he brightened. Randy is sorely missed by all who knew and loved him.

A Celebration of Life for Randy Marsh will be held on May 1, 2018. Join us for a few of Randy’s favorite finger foods while sharing memories and remembering a life lived to the fullest.
Time: 5:00 pm – 8:30 pm, open house.
Location: Church of the Harvest 14841 S. Blackbob Rd. Olathe, KS 66062 (enter on Southeast corner of
the church)