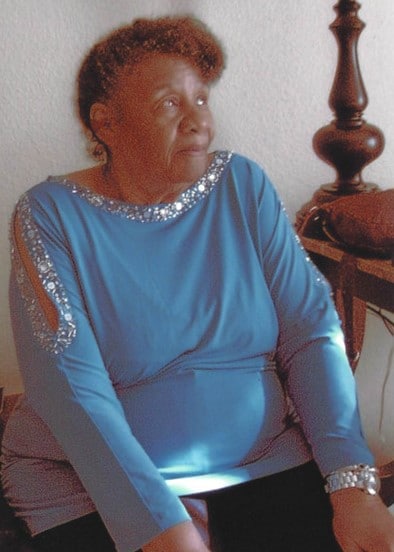 Rennie Braden was born Rennie Mae McClelan into a large southern family on October 22nd 1935, in Meridian, Mississippi. She spent her 1st years living trough the Dust Bowl days , which has been depicted as one of the hardest times in rural American history. As a young child she was sent to stay with her great grandparents Bishop and Lula Cullum. Her Mom thought they could provide a better life and more opportunity for young Rennie. In order to do so they moved from rural Mississippi to Kansas City , Missouri.
Fast forward to her teen years when she attended R. T. Cole School. She excelled academically and was even a drum majorette for the school. After graduation she worked as a x-ray technician for a hospital and as a doctors assistant but ultimately decided that the medical field was not her cup of tea. She decided to change directions an eventually became a clerical technician for The Department Social Security, The Jackson County Government and later telephone giant Sprint retiring from each of the former.

At twenty she found love married Virgil Braden (who preceded her in death) and had three children. Amazingly some 59 years later at the age of 79 she rekindles love with her school sweetheart Fred Harris (who preceded her in death) She is also preceded in death by one child Michael, Rennie is survived by two of her three children: Sonya (Kevin), Darrell (Claudia), seven grand children : Darrell Jr. Luren, Travis, Trista, Janet, Darline, Melinda, and eight great grand children : Promise, Paris, Asha, Maliyah, Isaac, DeVonne, Rayshawn, Kamar. As well the entire Braden Family icluding a host of cousins and family friends.