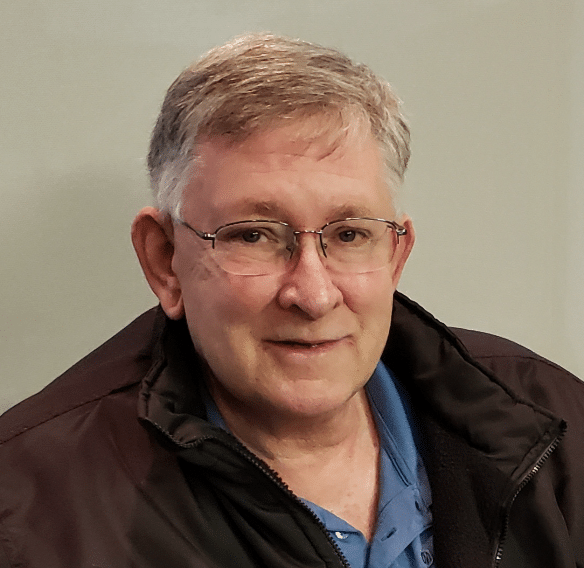 Rich was born March 3rd, 1955 in St. Louis, Missouri, to Robert and Jane Jerashen Mreen.  He grew up in St. Ann, Missouri and graduated from Pattonville High School where he excelled in basketball and academics.  After being recruited by many Universities for his basketball talent, he chose to attend William Jewell College in Liberty on an academic scholarship and played basketball.  Upon leaving college Rich entered a career in law enforcement, protecting citizens as a Clay County Deputy Sheriff for 30 years.  While with the Sheriff’s Department, he held roles with medical examiner’s office as an investigator, performed as an undercover operative, contributed to Kansas City’s Metro Squad as a detective, and ensured traffic safety across the county.  When he retired from the Sheriff’s Department he was the Security Manager for Mannhem Auto Auction for a few years.

When his physical health began to decline, he retired completely and took care of his wife and beloved dog, and enjoyed his grandchildren.  When his sons were younger, Rich was active in the Boy Scouts.

He was preceded in death by his parents, Robert and Jane Jerashen Mreen and his younger brother, Russell Mreen.  Survivors include his dog, Banjo, his wife, Helen; his children Drew, John and Meredith and their families; his step-children Joedd, Nate and Jessica and their families; his grandchildren; and his older brother Robert Mreen and family.  Rich will be missed tremendously.