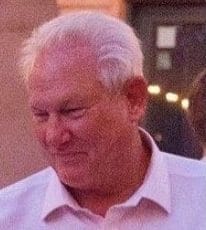 Richard (Rich) William Holck passed away on December 6, 2020 at the age of 73 in his hometown of Denver Colorado.

Rich was born May 31, 1947 to Charles and Ruby Holck of Denver, Colorado. He spent his childhood years being a rambunctious boy with his brothers Fred and John. A favorite childhood story is when the family was driving cross country for a California vacation. Rich’s hand was in a cast, and not wanting to miss out on the fun, and hotel pool, he used a nail file to saw off the cast so that when they arrived at the hotel, he was cast free.

Rich met the love of his life Candy (Carynn Sue Lamb) when he was just 15 years old. The two married on August 10, 1964 and have three children.

Richard was as gentle as he was strong. A retired Aurora firefighter who loved his community and served those around him. He was a friend to all he met. Rich had a contagious laugh and gave the biggest hugs. The simplest pleasures in life brought him the greatest joy. He loved cooking for his family and friends. “Paffles” Papa’s waffles were demanded whenever he visited his grandchildren.  When his two oldest grandchildren were each planning their weddings, Papa’s barbeque was requested for the festivities.  Rich had an uncanny ability to find happiness in everyday life.

In the winter he could be found on the mountains skiing and in the summer, on the greens. He loved to ski and golf and spend time with family and friends.

A Celebration of Life will be held August 2021 at the Racoon Creek Golf Course, Littleton Colorado.